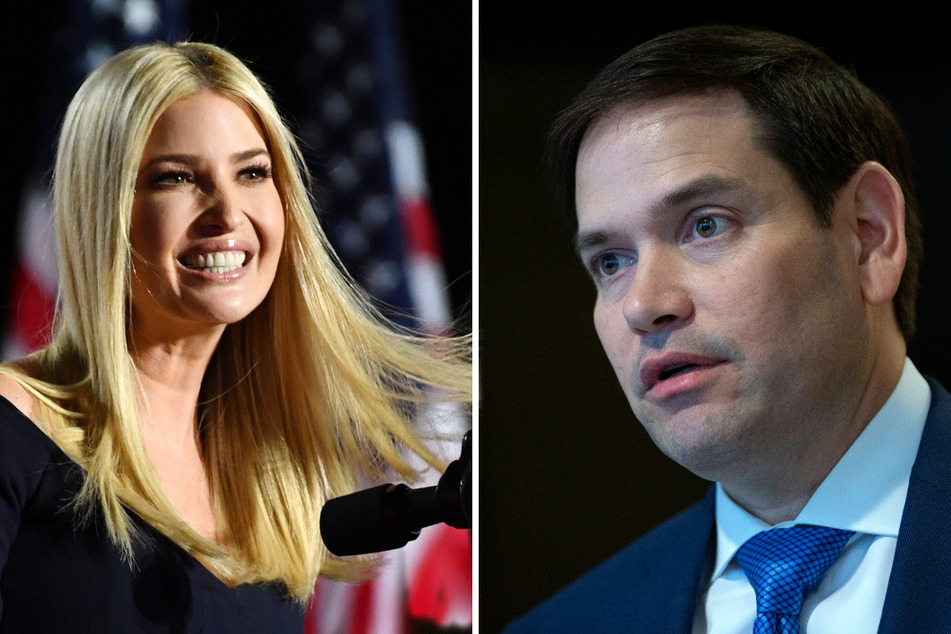 After months of speculation, West Miami’s US senator won’t need to worry about a Republican primary from a future resident.

Miami, Florida – After months of speculation, West Miami’s US senator won’t need to worry about a Republican primary from a future resident.

Senator Marco Rubio’s office said on Thursday that Ivanka Trump — a former White House advisor and daughter of ex-president Donald Trump — has no plans to run against Rubio in the 2022 election.

"Marco spoke with Ivanka a few weeks ago, and she offered her support," said Rubio spokesperson Nick Iacovella. A source close to Ivanka Trump confirmed that a meeting recently took place between the two.

Ivanka Trump’s decision not to run against one of her father’s former presidential rivals was first reported by the New York Times.

In a statement, Ivanka Trump said Rubio "is a tremendous advocate for working families" and "a good personal friend."

"I have seen Marco’s commitment to fighting for American families through our work together to double the child tax credit, get millions more Americans access to paid family leave and creating the paycheck protection program to support small business during the pandemic," Ivanka Trump said.

While speculation increased that Ivanka Trump would run against Rubio after she announced the purchase of a $30-million lot in December, she never took serious steps to mount a campaign, and Rubio vocally defended her father during his second impeachment trial. Ivanka Trump and her family are renting in Surfside until their home is built.

At a rally ahead of the Georgia runoff elections in January, Donald Trump downplayed the prospect of his daughter running for office.

"She doesn’t really like the concept of running for office," Trump said. "She says, 'What do I need it for, dad?'"

In a statement on Thursday, Rubio said he is "incredibly grateful to Ivanka for her friendship and support."

The 2022 US Senate election in Florida is expected to be competitive, though Rubio hasn’t yet drawn a serious Democratic challenger.

He will begin the race as the favorite considering Trump’s strong 2020 performance and Rubio’s 8% margin of victory in his 2016 US Senate reelection bid.

Rubio faced criticism from some Donald Trump supporters and protests outside his house ahead of the deadly US Capitol riot on January 6. But he argued that convicting Trump, who is now a private citizen, for inciting an insurrection while in office sets a "dangerous constitutional precedent."

"I voted to acquit former President Trump because I will not allow my anger over the criminal attack of January 6th nor the political intimidation from the left to lead me into supporting a dangerous constitutional precedent," Rubio said in a statement on his decision to acquit Trump on Saturday.

Rubio and Ivanka Trump frequently worked with each other during her father’s time in office, most notably on increasing child tax credits for parents.

In 2017, he said their working relationship began during the 2016 primary debates, where Rubio insinuated that Donald Trump wasn’t well-endowed and Trump repeatedly used the phrase "Little Marco" to mock the Florida senator.

Rubio said an important bond was formed between the Rubio and Trump families during those debates. Ivanka Trump frequently sat near the Rubio family while Rubio pitched the child tax credit increase during the debates, and she was impressed with his message.

"If you watched the debates you think the only thing that happened is the two hours on stage but ... the Trump family and ours always sat the same place," Rubio said. "And so over time we just kind of developed a rapport with them."