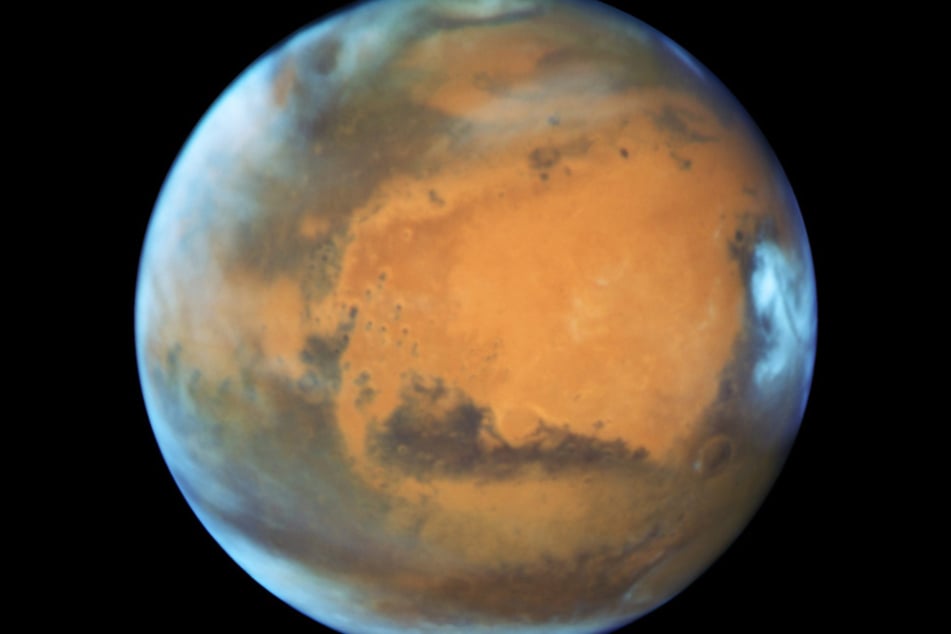 Mars will be shining bright this week

Stargazers, watch out: Mars will be at its biggest and brightest this week as the Red Planet, Earth and the Sun line up close to a new moon.

New York, New York - Stargazers, watch out: Mars will be at its biggest and brightest this week as the red planet, Earth, and the sun line up close to a new moon.

A few hours after the sun sets in the west, you'll see Mars shining bright in the east.

This is due to what astronomers call an opposition. Tuesday, October 13, marks the specific day when the Earth will align perfectly with Mars and the sun. From this position, Mars will shine at its brightest.

But even though this week sees the day of opposition, October 6 was actually the day when Mars and Earth were only about 38 million miles apart. Although the Red Planet is still more than 160 times farther than the moon, it was the closest Mars will ever be to Earth until 2035.

According to Sky & Telescope, Earth only lines up with Mars and the Sun once every 26 months. And this time it will happen at a point where Mars will be particularly close to the sun and Earth.

“Mars won’t be comparably close and well positioned for northern observers again until it reaches in 2052, making this year’s opposition all the more noteworthy,” said Gary Seronik, editor at the science magazine.

When the sun sets, Mars will be shining bright in the east. At midnight, it will appear in the south, and in the morning, the red planet will be setting in the west.

With a radius of 2,106 miles, Mars is about half the size of Earth. However, it takes almost twice as much time as our planet to orbit the Sun – 687 days.