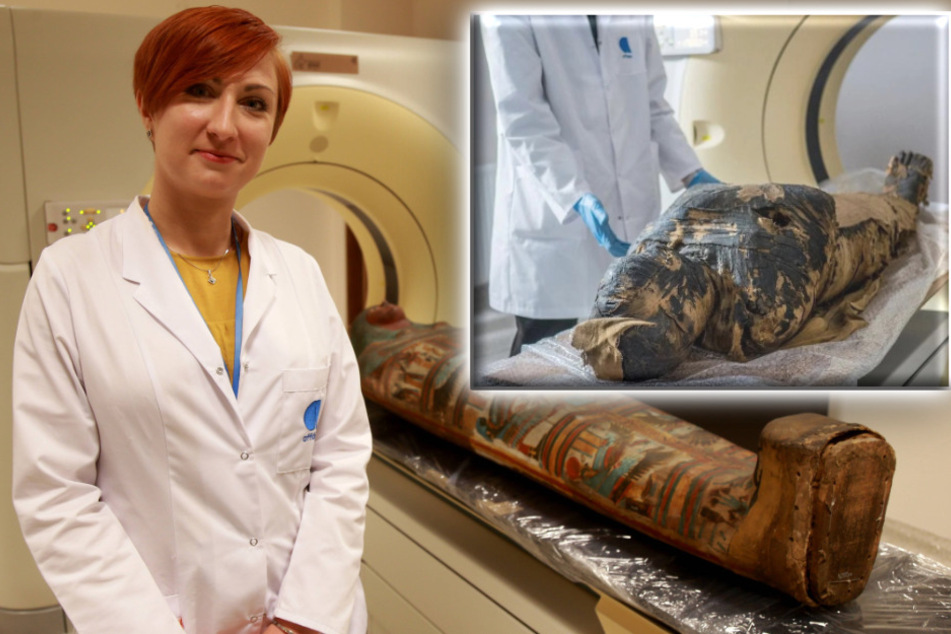 Researchers have recently examined a whole series of mummies as part of a scientific project at the University of Warsaw.

Just as they pushed one of the last of the 2000-year-old embalmed women into the CT scanner, they recognized something incredible on the screen. There was a fetus in the mummified woman's abdomen!

Though curled up and small on the images, it was clearly visible to the researchers, who were beside themselves with excitement. There's never been a discovery like this.

However, almost nothing is known about the embalmed woman. Initially believed to be a male priest named Hor-Djehuti because of a mismatched coffin, scans first revealed the mummy was female and then, "When we saw the little foot and then the little hand, we were really shocked," said anthropologist and archaeologist Marzena Ozarek-Szilke.

Ozarek-Szilke, who is also the coordinator of the scientific project, says she is sure that the woman was wealthy.

The researchers explained that the mummy was a very well embalmed woman, her condition was "extraordinarily good".

"The method of mummification was very good. It is definitely the mummy of a rich person."

The mummy made its way to Warsaw back in 1826. It has been examined previously and been part of various studies, but the fetus has now only been discovered through the CT scan, she said.

Ozarek-Szilke is still blown away: "This was really a surprise for us. We knew that this was unique. There has never been a mummy like this before."

Whether it was known that the dead woman was expecting a child and if her death was in any way connected to her pregnancy is still unclear.

It could well be that the embalmer perhaps wanted to conceal the pregnancy.

The scientists hope that by taking small samples from the woman's abdomen and from the fetus, it might even be possible to find blood remains. It would be a chance to learn more about the woman, the origin, the pregnancy, and also her death.

Estimates have the woman in her 20s and around 26 to 28 weeks pregnant at her time of death.