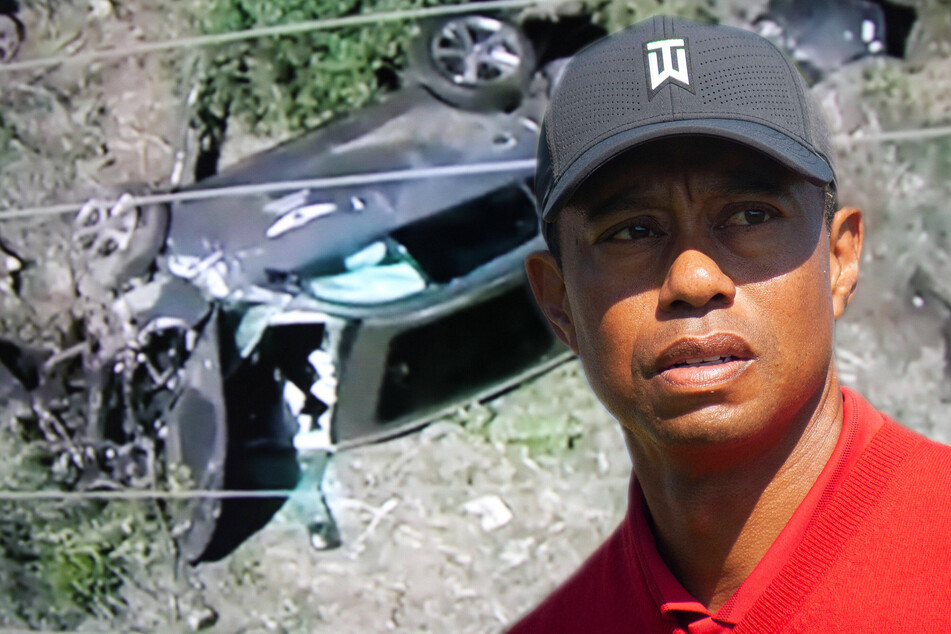 Los Angeles, California - Golf star Tiger Woods is "awake, responsive and recovering" following multiple surgeries on his leg after a car accident, according to a statement posted to his Twitter page.

He had multiple open fractures to his lower right leg and during surgery had a rod placed in his tibia and screws and pins in his ankle, Anish Mahajan, Chief Medical Officer at Harbor-UCLA Medical Center, said.

"Trauma to the muscle and soft tissue of the leg required surgical release of the covering of the muscles to relieve pressure due to swelling," he said.

Woods was the only person in the vehicle and conscious when first responders arrived at the scene early Tuesday morning, Daryl Osby, the Los Angeles County fire chief, told reporters.

He was in a "serious but stable condition," and was taken to a Los Angeles hospital, Osby added.

The crash is still under investigation

There is currently no evidence that Tiger Woods was under the influence of drugs or alcohol when his car crashed, Los Angeles County Sheriff Alex Villanueva said during a press conference.

Villanueva said the cause of the crash is still being investigated.

"Thankfully the interior [of the car] was more or less intact which kind of gave him the cushion to survive what otherwise would have been a fatal crash," Villanueva added.

Golf Digest magazine said Woods was in California for a two-day photo shoot following his hosting duties at the PGA Tour's Genesis Invitational tournament, which he did not play because of injury.

"Pictures surfaced on social media of Woods smiling with (former basketball player) Dwayne Wade and (actor) David Spade at Rolling Hills Country Club on Monday, but with his movement still restricted, he did not hit balls or play any holes," the magazine said.

"He was in good spirits on Monday but did not arrive to the course for the second day of shooting."

Woods has been involved in several car-related incidents

Woods last played competitively in December and underwent surgery to ease a disc fragment that was pinching a nerve for a fifth back surgery overall and his first since a spinal fusion procedure in April 2017.

On Sunday he told broadcaster CBS it was not certain whether he would compete at the first major of the season, the Masters Tournament at Augusta National from April 8.

"Tiger Woods is part of the Augusta National family, and the news of his accident is upsetting to all of us," said club chairman Fred Ridley.

"We pray for him, for his full recovery and for his family during this difficult time."

Woods has won five green jackets at the Masters, the most recent coming in 2019.

Leading golfers paid tributes to Woods and Jay Monahan, commissioner of the PGA Tour, said, "Tiger is in our prayers and will have our full support as he recovers."

Woods has been involved in previous significant car incidents, most notably in 2009 when he crashed into a tree. It cost him several sponsorship deals when it was revealed he had been having a string of affairs and would enter a rehabilitation clinic.

In 2017, he was found asleep at the wheel of a parked car and was arrested for driving while under the influence. He said he had an unexpected reaction to prescribed medicine for back pain and again checked into a clinic.