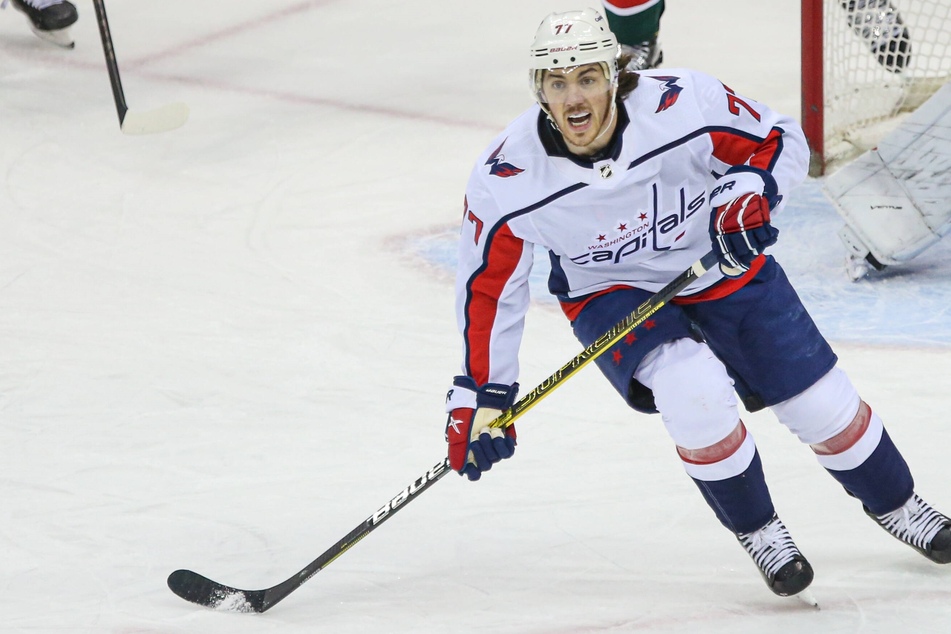 NHL: Capitals win big over the Flyers in Philly once again

The Capitals roll over the Flyers with a big second period push to grab their 5 straight win over Philly.

Philadelphia, Pennsylvania - Thanks to three goals in the second period, the Capitals remain dominant over the Flyers.

The Capitals got back on the win column Saturday afternoon thanks to Alex Ovechkin's (35) two goals, as they get another win over the Flyers in Philadelphia.

Coming into the game, Washington had taken the last four meetings between the two, out of a total of five this season. Saturday was more of the same as the Capitals pulled away in this game, scoring three goals in the second period on their way to a 6-3 victory.

Ovechkin's 2 goals and 1 assist led the Capitals and put him just one goal behind Marcel Dionne for fifth on the NHL's all-time goals list.

Dmitry Orlov, Conor Sheary, Anthony Mantha, and Evgeny Kuznetsov all scored a goal each in the win. John Carlson had four assists to contribute to the high-scoring affair.

For Philly, rookie Wade Allison lit the lamp for the first time in his career, while Ivan Provorov and James van Riemsdyk also scored for the Flyers.

Sunday afternoon, the Capitals travel to Boston to face-off against the Bruins, and the Flyers welcome the Islanders into town.

There was no shutout this time, but the Rangers still won over the Devils, getting their third win in five days against New Jersey 6-3.

The Penguins held on in a tough one against the Sabres 3-2. Matt Murray made 23 saves for Ottawa as the Senators shut out the Canadiens 4-0.

The Coyotes ended a five-game skid by beating the Blues 3-2. And the Hurricanes beat the Predators again, this time 3-1. The Panthers scored three goals in the first and held on the win against the Lightning 5-3.

In Detroit, the Red Wings got shut out on their home ice by the Blackhawks 4-0, while the Jets also got shut out at home by the Oilers 3-0.

In Minnesota, the Wild have won three straight, with a 5-2 win over the Sharks. And the Blue Jackets have dropped five in a row, losing to the Stars 5-1.

On Sunday, the Rangers try to make it four in a row against the Devils, while the Canucks, who haven't played in over three weeks due to Covid exposures, face off against the Maple Leafs.

More on the topic NHL: