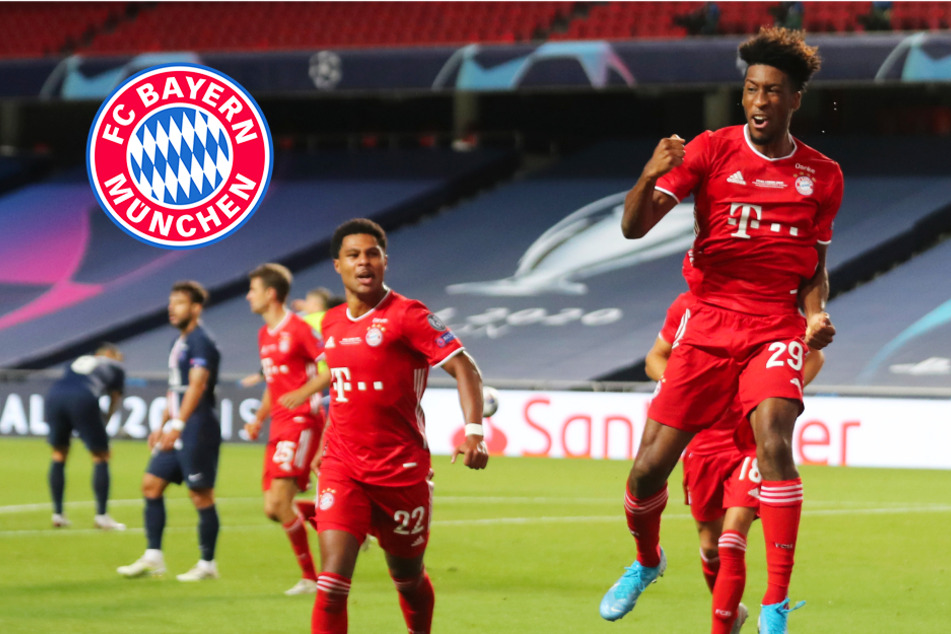 Bayern Munich won its second-ever treble thanks to Kingsley Coman's second-half header in the Champions League final against PSG.

Bayern was the better team at the start and, as expected, put PSG under pressure early on, leaving coach Thomas Tuchel's side unable to get out of its own half in first eight minutes.

The Munich players chased down every ball in packs and intelligently blocked the passing lanes, but PSG soon gained more of a foothold and managed to free itself from the Bavarian grip through its skillful players.

Play was switching back and forth at this stage, but without any real chances as both defensive lines stayed alert and secure, supported by their midfield teammates.

But then PSG had their first big opportunity - and what an opportunity it was. In the 18th minute, an ingenious pass from Mbappé put Neymar through on goal but the Brazilian star saw his shot from a tight angle saved by Manuel Neuer's typically excellent footwork. The German international goalkeeper also blocked a follow-up from Neymar with a fully committed dive.

Four minutes later, Alphonso Davies released Robert Lewandowski in the opposite box but the Polish marksman's strike on the turn only found Keylor Navas' right-hand post.

Then Bayern suffered a blow. Jérôme Boateng, carrying a knock from Wednesday's semifinal against Lyon, had to go off injured and was replaced by Niklas Süle in the 25th minute.

The German champions responded with sustained pressure. Lewandowski's close-range was held by Navas. Bayern remained on top, left nothing in behind and continued to look for gaps to exploit, but the defense superbly marshalled by Thiago Silva remained sealed. On the other hand, David Alaba was lucky to see a poor pass go unpunished in his own box. Mbappé only managed a weak shot and Neuer held safely on the stroke of half time.

There was still time for a Bayern penalty appeal after a coming together between Thilo Kehrer and Coman, but the score remained level at the break in this thrilling game.

After the restart, Serge Gnabry caused some commotion with a hard challenge on Neymar. There was some pushing and shoving as emotions briefly ran high, but the players soon cooled off.

Bayern remained the better team and the reward was not long in coming. A picture-perfect cross from Kimmich found PSG defender Kehrer left isolated  against Lewandowski and Coman. As the former drew all the defensive attention to himself, Coman was left free to nod into the far corner and give his side the 1-0 lead in the 59th minute.

PSG was now faltering but Bayern failed to land a decisive knock-out blow. The Parisians almost made their opponents pay through Marquinhos, but Neuer's leg was in the way again in the 70th minute. Tuchel's men stepped up their attacking efforts in the closing stages, but never managed to break through. Only Neymar carved out a decent chance, late on in added time.

All in all, Bayern was too self-assured and clever to be in any serious danger of losing its lead. The final whistle brought wild celebrations from players and staff, who toasted the club's second ever treble and a sixth European cup overall.