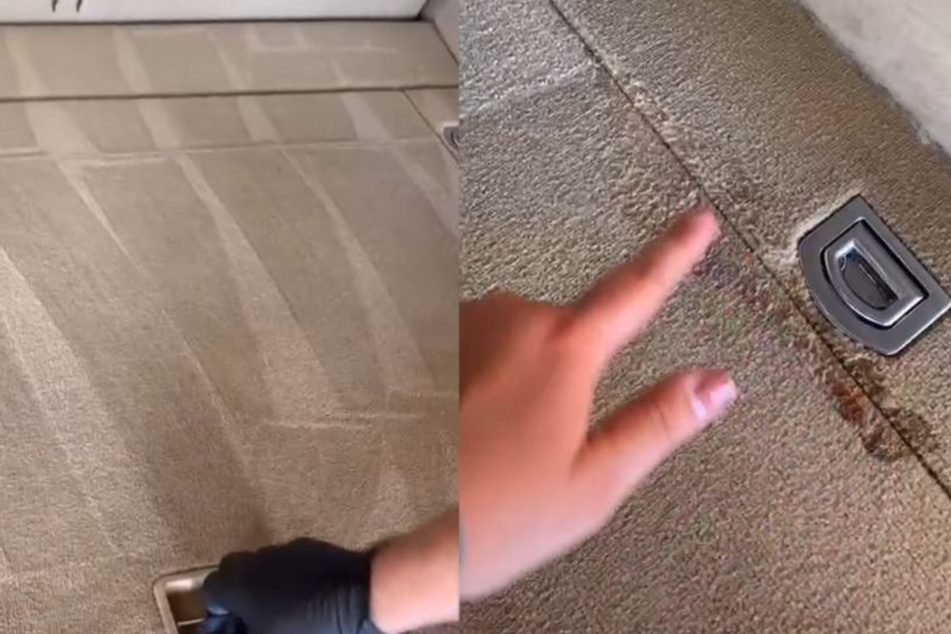 Florida car wash employee goes viral with her incredibly disgusting discovery!
May 4, 2021 11:12 AM

It's unclear if the car owner even realized how bad the situation was they asked for help with "a little bit of mold".

Florida - When a little becomes a little more...

Sandra Genee runs a car wash in Florida where she and her employees work hard and have a lot of fun with their customers.

Genee shared on TikTok that she was recently asked by a customer to remove some mold from the lining of their trunk.

This was no problem, and Genee's team were pretty proud that they managed to get out most of the stain.

But in the course of being thorough, they lifted the lid to the spare tire compartment and were immediately grossed out by their discovery.

The entire underside of the lid was covered with a thick layer of foul smelling mold.

The sight was shocking that they recorded a video and posted it online. The mold was so triggering to viewers that the video went viral quickly.

"Looked like cobwebs, it was so thick," Sandra Genee reports in the clip, "There was a puddle of water down there [under the spare tire] that caused all the mold."

Over 500 people commented on the car washer's video. Some of them expressed their bewilderment. Several questions also came up.

One user wanted to know why the customer hadn't smelled the nasty mildew stench. Sandra Genee answered him directly, writing that she too had wondered the exact same thing.

Some people pointed out that the car's drainage system was clearly faulty, and drilling a few drain holes in the bottom of the compartment would have solved the issue. Others also pointed out that the fabric lining on the top of the car was also falling out, so it seemed the mold was just the worst of many issues.

In another comment Genee shared that the whole car smelled "unpleasant as hell," and admitted that she couldn't complete the detailing.

"I returned it like this because it was too dangerous for me," she wrote, adding a puking emoji to her comment.

Regular checks and upkeep would have likely revealed the pool of water earlier. It's unknown how or if the car's owner attempted to clean up the toxic mess.