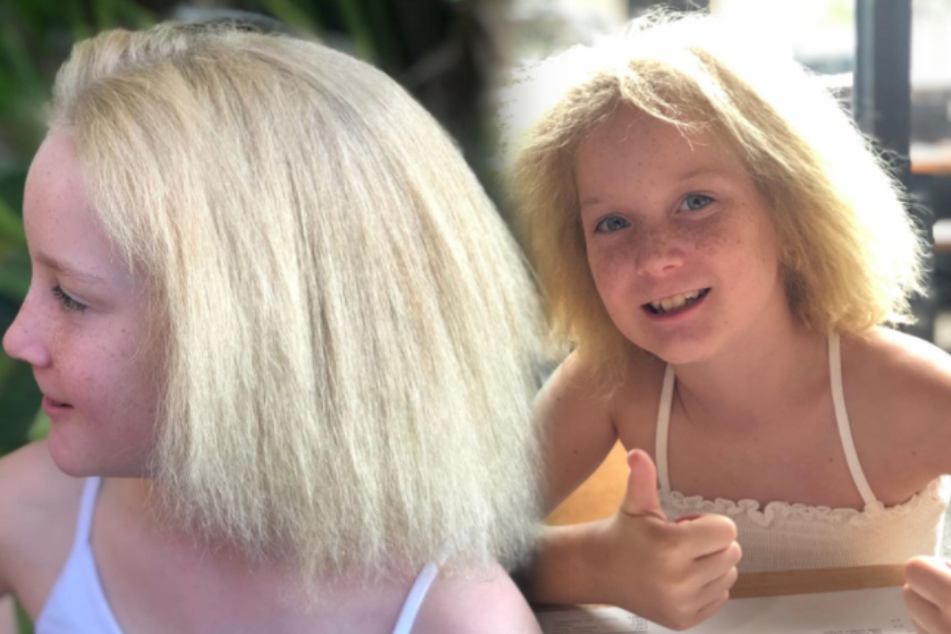 Uncombable hair syndrome is a thing, but this little girl is learning to love her unruly mane
Dec 4, 2020 12:09 PM

Uncombable hair syndrome is a thing, but this little girl is learning to love her unruly mane

Have you ever heard of the syndrome of uncombable hair? Shiloh Madison Calvert-Yin has it and is proud of it.

Melbourne, Australia - Have you ever heard of uncombable hair syndrome? Shiloh Madison Calvert-Yin has had it ever since she was a baby. The little girl is now learning how to accept and even love her stubborn locks.

Shilah has a condition that makes her hair wiry and frizzy. As a result, it's almost impossible to groom and style.

This is due to an unusual development of the shape of the hair shaft with prevents the hair from lying neatly against each other.

The 10-year-old girl from Australia was often for having hair that looks as if she had "stuck her fingers in a power socket". She used to keep it short to avoid attracting all the negative attention.

But over the years the cute blonde girl became more confident. On Instagram, Shilah has a whopping 15,200 followers.

"I get teased a lot and called 'fluffhead' at school – it's not nice," she told the Daily Star. Shilah added: "I personally like it now but at the same time I hate it - especially when there's wind! Let's just say, I can't see!"

Her mother, Celeste, noticed that the girl's hair was different when she was only three months old. The brown baby hair was replaced by a strangely fluffy mane.

"It didn't seem to calm or settle, but I didn't really think anything of it until people started to make comments," said the 39-year-old.

Shilah was not diagnosed until she was seven years old

As Shilah grew older, her hair became brittle and tangled so badly overnight that it was almost impossible to comb it. Brushing hair is one of the most hated part of a kid's morning routine and for Shilah it always ended in tears.

It was not until she turned seven that Shilah was diagnosed with uncombable hair syndrome. Of all people, it was a dental anesthesiologist who figured it all out.

"I was shocked, teary and excited at the same time- finally there was an answer to all those years of questions!" said Celeste.

The syndrome is extremely rare and the only recommended treatment is using soft brushes and gentle conditioners.