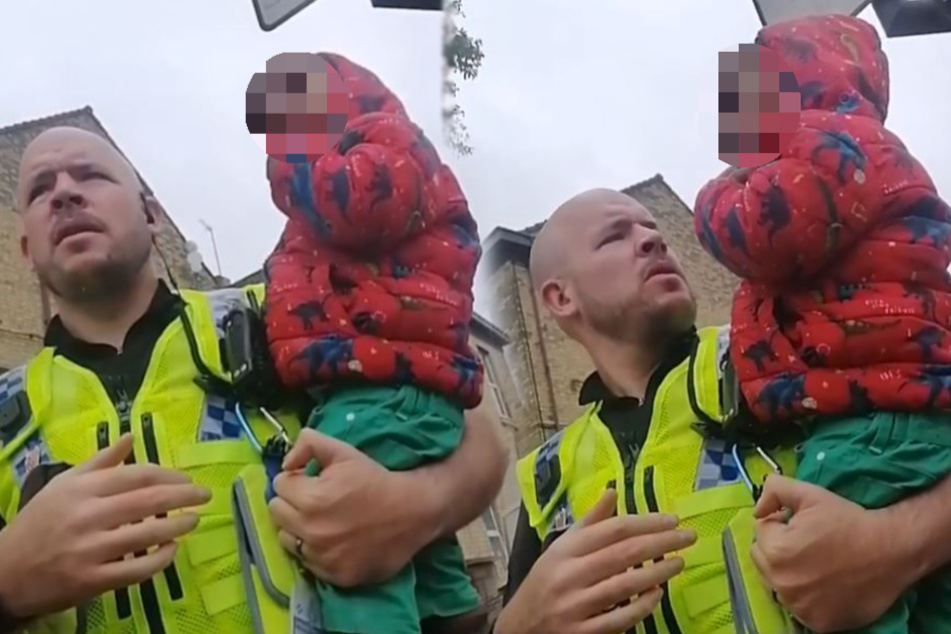 Confused toddler found wandering the streets without parents in sight

A little boy was found wandering the streets of an English town alone, looking confused and lost. Two men came to the rescue of the two-year-old.

Kingston Upon Hull, UK - A little boy was found wandering the streets of an English town alone, looking confused and lost. Fortunately, two men came to the rescue of the two-year-old toddler.

When two passers-by noticed the child walking around in the pouring rain, all by himself, in Kingston Upon Hull last Saturday, they immediately called the police, according to the Hull Daily Mail.

A video later shared on Facebook shows the two men waiting on a street corner with the toddler. The boy is wearing a bizarre combination of green shorts and a red winter coat.

As police officers arrive, the men explain that they found the child by himself, with no parent in sight. One of the officers picks up the toddler and asks him where his home is, but the poor boy only starts crying.

The officers try their best to find out something about the boy: "Where's your house, is this your house?" But they get no response, as the child is clearly in distress. They consider getting some chocolate to comfort the poor little man. One officer eventually takes him back to the police car, where the search for his address continues.

A second video then shows what appears to be the boy's relatives giving statement to the police. They apparently hadn't noticed their child sneaking out of the house. The Sun has confirmed that the boy has since been returned to his family.