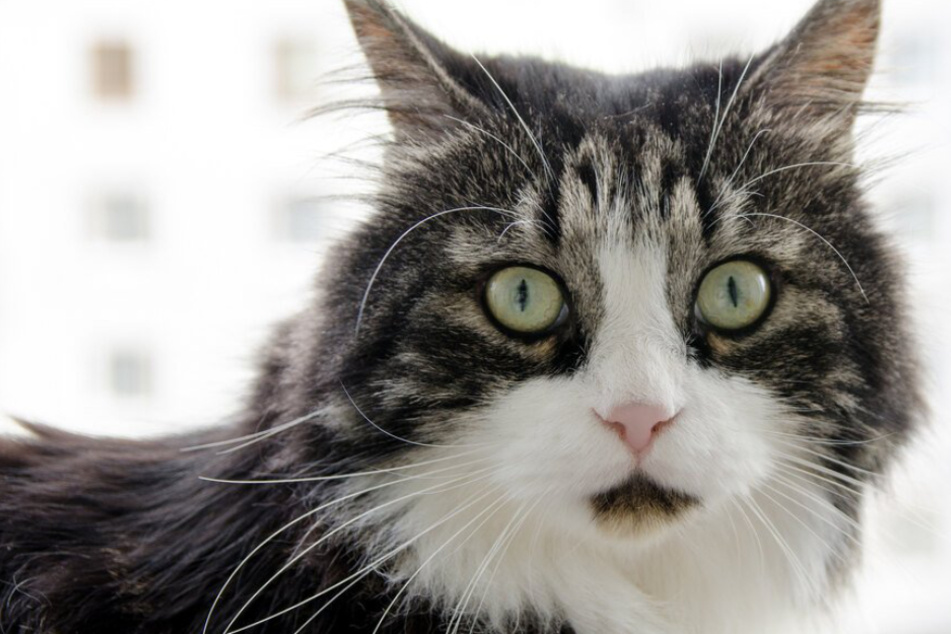 A dog owner was unsuspectingly walking his pet when suddenly, out of the blue, a different critter landed on his head.

China - A dog owner was unsuspectingly taking a walk with his pet in his neighborhood, when suddenly, out of the blue, a different critter landed on his head.

This incident probably made him even more of a dog person. An elderly man was walking along a footpath with his furry companion, when suddenly, out of nowhere, a black and white cat fell on the man's head.

As The Paper reports, the kitten belonged to his elderly neighbor and had fallen from the sixth floor balcony from.

While the man was floored by the sudden attack, several people passed by without helping him up.

Meanwhile, his dog was sniffing around a nearby tree before noticing that something was wrong with his master. By this point, the cat had already run away and was sulking near a building wall.

The delightful golden retriever - who is wearing shoes on his front paws, by the way - plods towards his master first, before discovering the cat and barking vigorously at the apparent culprit.

Man plans to sue his neighbour

Afterwards the two animals engage in a fierce fight. In the meantime a passer-by takes pity on the man, who is still lying on the ground, and informs the police.

For the victim, the cat incident ended quite dramatically. As The Sun reports, the elderly man spent 23 days in hospital, still has to wear a neck brace and is undergoing physiotherapy.

Meanwhile, the injured man's family members are arguing with the cat's owner about who will pay for the costs of the accident and have since taken legal action against their neighbor.