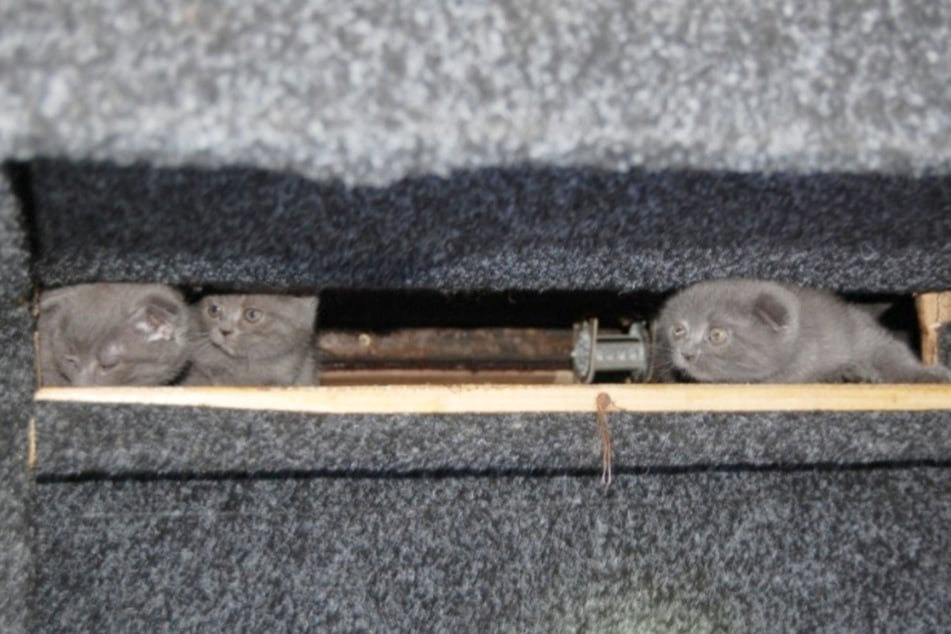 In Poland, customs officials have prevented a case of animal smuggling: five small cats were hidden in the wall of a bus from Ukraine.

According to information from the Tax Administration Chamber in Rzeszów, the kittens were hidden in the wall of a bus.

The driver was a Ukrainian citizen (43), who was apparently supposed to bring the animals to Poland. They were transported without any of the required documentation.

The agents had been conducting a thorough search of the luggage compartment of the bus.

In a video provided by the agency, barely a few inches of carpeted wall open up into a hole in the siding of the bus. Metal components can be seen inside. It was this awful place into which the purebred Scottish Fold kittens had been stuffed.

Though there was no food, water, or even air holes seen in the video, it seems the babies are no worse for wear. This is fortunate when so many other animals do not survive being trafficked.

The responsible district veterinarian decided that the kitties had to be returned to Ukraine.

Unfortunately, nothing is known about their further fate.