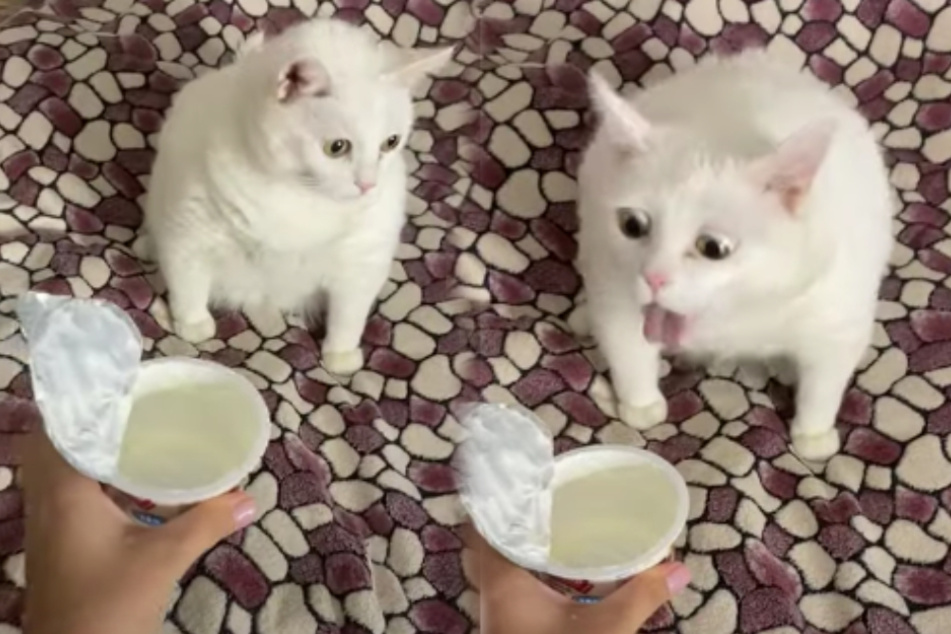 Cat catches a whiff of sour cream and its reaction is priceless!

This little kitten sure doesn't like what it smells. The cat's reaction makes it look like a bug-eyed cartoon character.

Moscow, Russia - "You look like the cat that got the cream," the saying goes. But this picky feline really, really doesn't want to be anywhere near the cream! A video of its violently disgusted reaction is leaving YouTube viewers in stitches.

In the short clip uploaded on Wednesday, the kitten named Belyash is sitting on a blanket. Its owner holds out a container of cream and gets the pet to give it a smell. After eying the container disinterestedly, the cat takes a tentative sniff.

About a second after catching a whiff of the stuff, the cat has a sudden, dramatic reaction.

The poor thing gags so hard that its tongue comes all the way out of its mouth and its eyes bulge like a cartoon character's. Belyash looks like it's going to be violently sick!

Even though most people will feel a bit sorry for the little snowball, it's hard not to laugh at the hilariously over the top reaction.

It's safe to say that Belyash does not want to be the cat that gets that cream!

Contrary to popular belief, cats actually don't do well with dairy products in general. Although they usually love drinking milk, most cats struggle to digest it properly as they are largely lactose intolerant .