Do cats pass gas? Everything you've (n)ever wanted to know about feline farts

Does your cat smell pretty bad from time to time? Are you curious as to whether you have a problem with cat flatulence? Find out about cat farts here at TAG24!

Have you ever sat on your couch, cuddling with your fluffy feline friend, only to have your tranquility burst by the dreaded sound of a fart? But wait, there's no one else around and you're definitely not the culprit, so... can a cat fart?

Spoiler alert, the answer is very straightforward: yes, yes it can.

Our feline friends can get pretty flatulent, and you may even catch your kitty flinching in fright at the sound of its own gas.

Just as humans, though, cats can also experience tummy aches as the gases put pressure on their organs.

Of course, that don't mean you need to freak out as soon as your cat breaks wind, but that doesn't mean that it isn't helpful to understand why it sometimes farts. Often, the problem is a bad diet and other small but significant lifestyle issues.

TAG24's Cat Guides is here to answer even the weirdest pet-related questions, all while providing a variety of useful tips and hints!

Yup, cats can and do fart. Whilst not nearly as frequent or noisy as human farts, cats release intestinal wind due to a variety of reasons. And while you'll usually hear it happening, there's also the occasional silent bomb that stinks up the room. Like all animals, cats sometimes fart and it's not generally something to worry about.

They do, because cat farts are like all farts. They come from the digestive system and their odor depends on a cat's diet, as well as its gut biome. So as hard as it may be to imagine your adorable fur ball clearing the room, it's definitely possible.

How often do cats fart?

While cat farts are comparatively rare, that doesn't mean they don't fart every day. Cats actually fart once or twice each day, but the average estimate for humans is about ten times that amount. So breathe easy, your cat won't be releasing wind every few minutes. 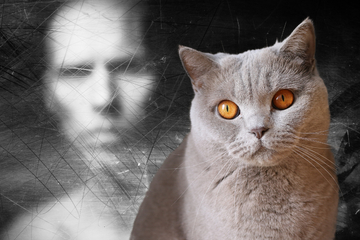 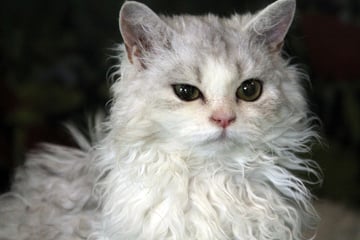 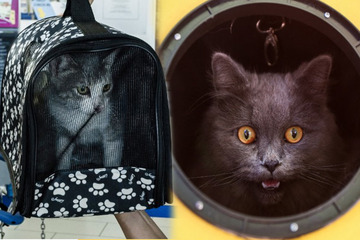 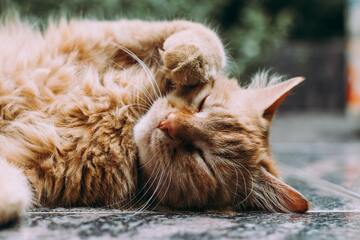 Why do cats fart?

Just like us, cats fart when gases that form in their digestive tract need to be released. These gases come about through digestion of food as well as the swallowing of air. Usually there's nothing to worry about, though it is worth noting that certain diseases can cause an increase in flatulence.

Top Tip: If cats fart more often than you're used to, take them to the vet as soon as possible.

Cats fart due to the wrong diet

In most cases, a cat's diet plays a major role in the frequency with which a cat farts. Many types of food contain plants or grains that might be good for humans, but that aren't tolerated by our four-legged friends. These can be hard for cats to digest, which means bacteria in the intestine working overtime to decompose the food, leading to more farts.

For cats, food with a higher meat content is far better and far more digestible, but this is not the only important factor. Much like humans, cats can have individual issues that can make flatulence problems worse. Coupled with an obvious dislike of what you're feeding them, this is usually a sign that you should switch up the cat food.

Did you know? Most cats suffer from lactose intolerance from birth, so milk is actually not good for them. In addition to flatulence, this can lead to other digestive problems, such as diarrhea.

It's best to give your cat a worming treatment about four times a year, or as needed. De-wormers should be purchased only after consultation with your veterinarian and not after Googling around for a bit .

Cats fart from too much air in the belly

Cats can fart because of too much air in their bellies, which is what happens especially when they gobble up their food in a hurry. If you've noticed your cat chowing down like it's competing in a hot dog eating contest, this could be why it's so gassy .

This can be fixed by dividing meals into smaller portions if, which will slow down that breakneck pace and will also spread meals over several feeds throughout the day – a more natural way for cats to eat.

The older your beloved kitty becomes, the slower it will also become. Lack of movement and a more stationary lifestyle has a negative effect on the digestive system. A sluggish cat has a sluggish digestive tract, which means that older cats often struggle with increased flatulence.

If you own a senior cat with a farting problem, you can remedy this by keeping it busy and encouraging it to stay active. Don't stop playing with your pet and make sure that it gets some quality time outside.

If increased cat flatulence persists for a long time and is accompanied by other symptoms, it's time for a visit to the veterinarian. Illness is a possibility there are other signs that something's wrong.

Blood tests, urine and stool samples, as well as X-rays of your cat's abdomen can clear up what's wrong with your four-legged friend. After a carefully conducted medical examination, there are plenty of other treatment options to discuss.

What helps with cat flatulence?

In the meantime, there are a few simple things that you can do to help if your cat keeps letting it rip.

So what's the deal with cats farting?

A cat cutting the cheese here and there isn't usually a big deal. But keep your eye out for potentially worrying signs, such as diarrhea or vomiting. If in doubt, TAG24 always recommends getting your veterinarian involved.