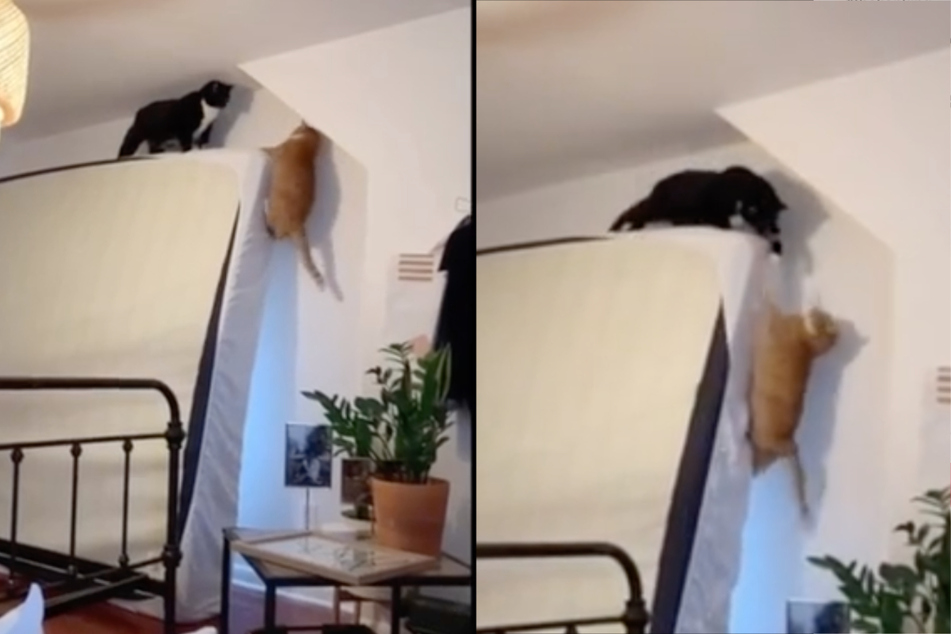 The Lion King was re-enacted by two cats – and they did a pretty good job!

Columbus, Ohio – The Lion King on TikTok: two cats inspired millions by re-enacting one of the most beloved scenes of the Disney masterpiece.

Spoiler alert: If you have never seen The Lion King, you probably shouldn't read on. One of the latest viral TikTok hits just revealed a dramatic death scene from the 1994 animated film.

In the clip, uploaded by Mariah Garrett, two cats are playing on top of a mattress standing up against a wall. When the orange cat reaches the edge, it turns around and slowly begins to lower itself down. Realizing that was not a good idea, it clings to the mattress with all its might.

The second cat is following the events closely – and it has no intention of helping. Like a first-rate movie villain, the black cat slaps its struggling opponent's paw, causing it to fall into the abyss (or Mariah's bedroom floor)!

What could look like nothing more than normal bickering among animals suddenly turns into a brilliant film homage, thanks to Garrett's editing. The original audio from Mufasa's death in The Lion King gives everything a spine-tingling dramatic edge.

An almost perfect reenactment of a legendary scene

The Oscar-winning Disney classic also features a fight between two cats: the heroic Mufasa with his golden mane hangs from a cliff, while his evil brother Scar stands above him with a chance to save him.

But just like in the TikTok version, Mufasa strikes his sibling's paws away and watches him fall to his death, after uttering the legendary line: "Long live the king!"

Within three days of its release, the TikTok video already got more than 1.8 million views.

The video has received over 420,000 likes and almost 5,000 comments full of laughing emojis and enthusiastic cheers for the two animal actors.