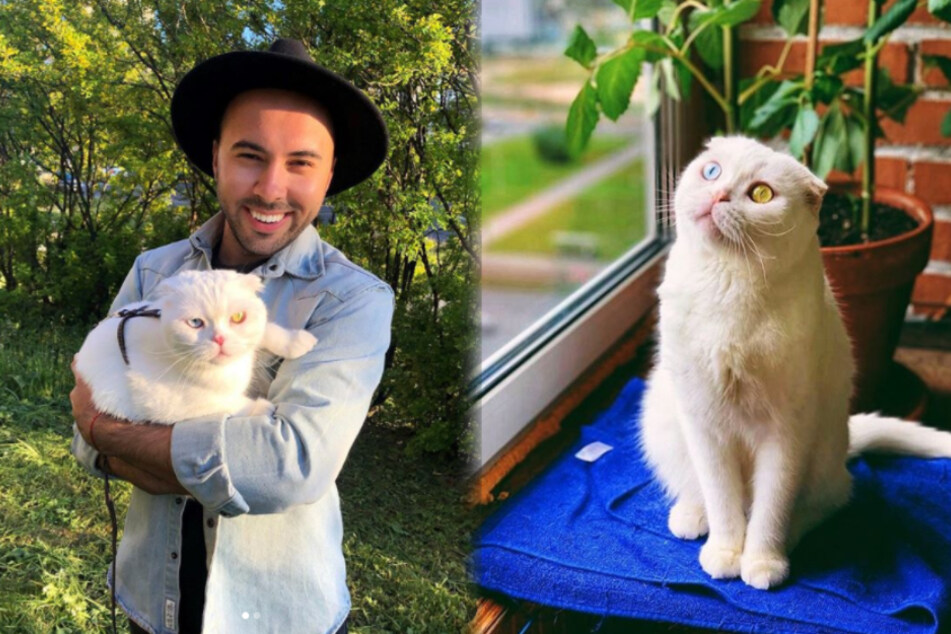 Nobody wanted this cat – now he's an Instagram influencer!

Everyone visiting the shelter avoided Joseph, a cat with an unusual appearance – but it turns out his peculiarity was the secret to Instagram stardom.

St. Petersburg, Russia - For the longest time, everyone was determined to avoid Joseph, a pearly-white tomcat with a striking peculiarity. His eyes are different colors and that seemed to put off a lot of visitors at the shelter from adopting him.

But Evgenii Petrov was always looking for something different and he instantly fell in love.

Evgenii couldn't believe the special fur ball had been at the shelter for so long just because his right eye was blue eye and his left one yellow.

The young man, who lives in St. Petersburg, wasn't deterred by this little "defect"; on the contrary, he found it so charming that he just had to take Joseph home.

Not only that, Evgenii also decided this cat's unconventional beauty needed to be shared with the world. Joseph now has almost 2,000 subscribers on his own Instagram page, and the number is growing every day.

"When I saw his photo, I didn't believe he was real. It was love at first sight," Evgenii told the website Wamiz. Aside from his unusual looks, he's as cheerful and healthy as any other feline.

But what's up with the different colored eyes?

The two-year-old Scottish Fold suffers has heterochromia, a rare pigmentation disorder which causes the eyes to have different colors. It can affect humans as well as animals, but it doesn't cause any serious health or sight issues.

Joseph's condition is now part of the reason that Instagram users are fawning over him. "He is absolutely stunning," wrote one person, and many more comments like this accompany every photo posted by Evgenii.