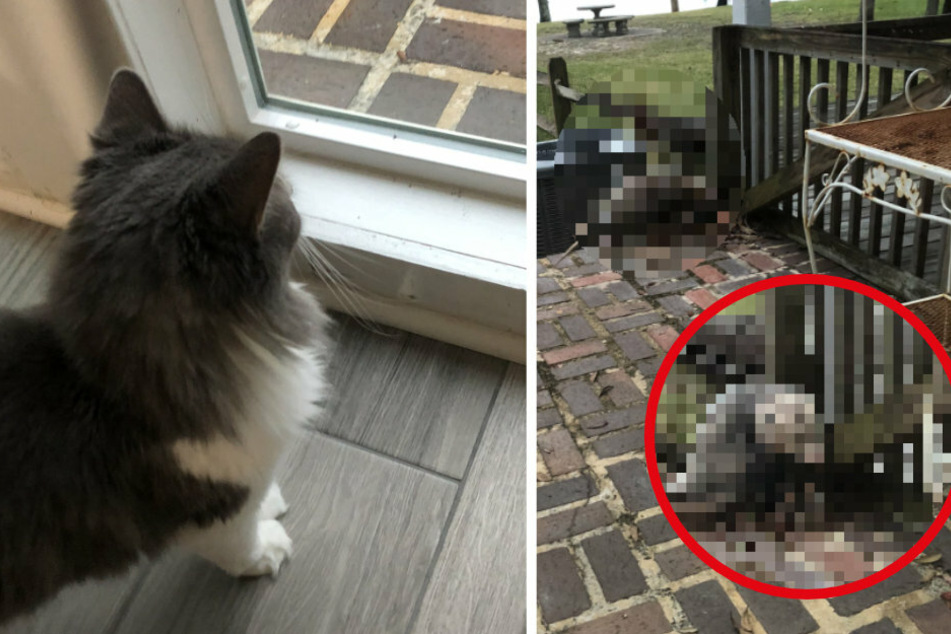 This cat can't stop staring at the strange animal in its backyard!

This cat can't take its eyes off the animal trespassing on its land. What could it be?

Internet - A cat discovers a strange animal in her backyard and can't look away.

This cat won't move away from the glass door that leads to the backyard because there's an animal scampering around outside.

Apparently, this trespasser confused the poor cat. The feline's stature speaks volumes: it appears riveted by the sight.

This cat's owner KR Paul grabbed her camera and caught the cat staring in awe at the animal. She also took pictures of possum slinking around outside.

KR Paul posted the snapshots on her pet's Twitter page called Strategy Cat. The caption reads: "Moooooom, what is it?????" The author retweeted her pet's post and answered the question "It’s a Florida garbage poodle."

In other words, the cat is memorized by a trespassing possum.

KR Paul isn't the only one amused. Other Twitter users were thrilled by the pictures of the two animals.

Cat is baffled by the garden visitor

The cat seems surprised to see the possum, but, as one user commented, the marsupial is "a pretty useful neighbor" because "they eat ticks."