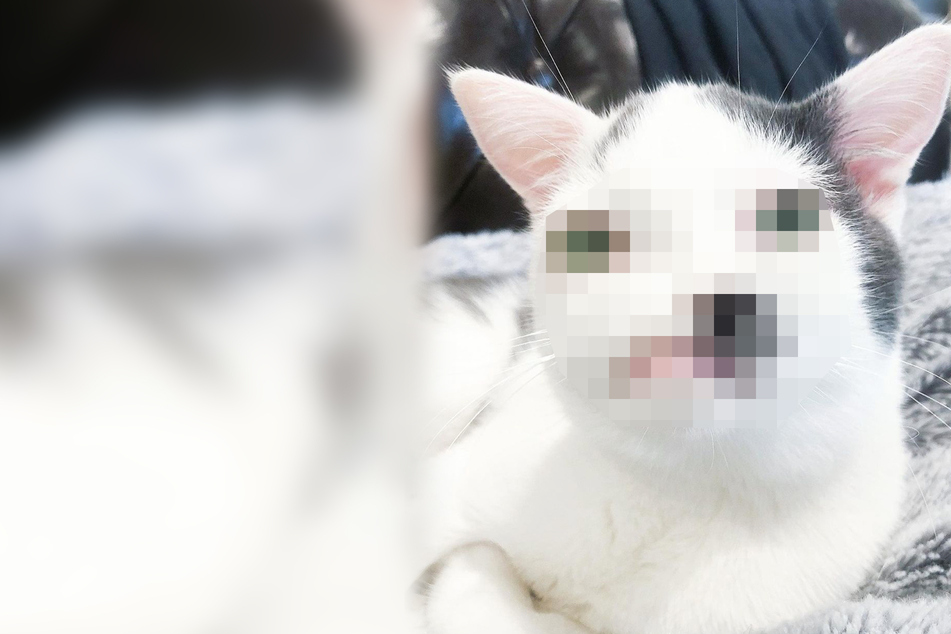 This cat has a perfectly imperfect face and Instagram loves it!

In California, a cat was born with a genetic defect which caused the animal's face to turn out very irregularly.

Los Angeles, California - In California, this cat was born with a really crooked face.

In 2020, little Pinocchio was born with a unique face. As Love Meow reported, in June when Pinocchio was three months old, he was the size of a kitten just five to six weeks old.

His owner, an elderly lady, was unable to care for the kitten's needs and called a local animal rescue organization, Friends for Life Rescue Network, for help. A veterinarian diagnosed the four-legged friend with a congenital genetic defect that, among other things, caused his jaw to be misaligned.

Pinocchio was also dehydrated, malnourished, and covered in fleas. When he was rescued, the kitten was eating above average and sleeping extra long, indicating a stressful past.

After a short time under the rescuers' care, his condition improved visibly. The cat grew and became more playful. Nevertheless, the kitten cannot yet be adopted.

Pinocchio is not yet available for adoption

Pinocchio quickly made friends with people he met. "He runs up to anyone who enters the room and climbs up to their shoulder to perch," Jacqueline Santiago of Friends for Life Rescue Network told The Dodo. "He rubs on you, loves to play and bounces around. He's a really happy guy who loves everyone — other people, other cats and dogs."

While the cat appeared well cared for on the outside, the vet found more problems during further medical examinations. For example, an umbilical hernia has already been repaired with surgery. In addition, his sternum had to be repositioned.

Since it is not clear what other problems the special cat may have, the four-legged friend is not available for adoption at this time. It may be possible for the cat to move to a loving family when he reaches adulthood.

Meanwhile, an animal caretaker is caring for the playful pet.

Video: Pinocchio the kitten at the beginning of his life

If all goes well, Pinocchio may be adopted in a few months, or he may stay forever in the hands of the skilled animal caretaker, who looks after several cats with disabilities.