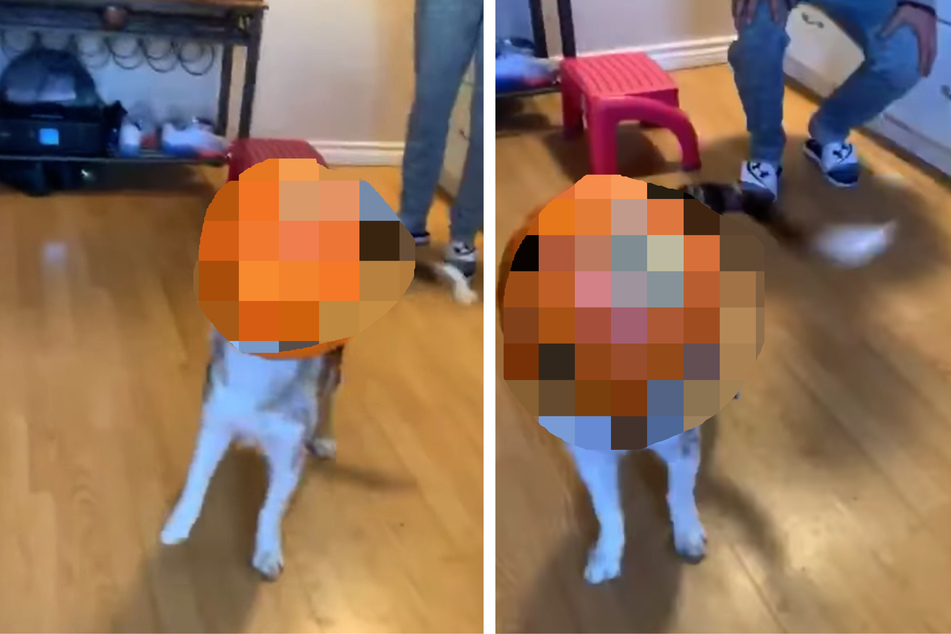 Someone wanted to scare the hell out of its owners!

Canada - "Good lord, Luke," cried Becca, as her little puppy ran towards her, jumping around excitedly, wearing a very particular type of headgear.

The cheeky Australian Shepherd simply treats anything that it can get its paws on as a toy – " anything but a dog toy," Becca specified in an interview with The Dodo.

Whether it's made of plastic, metal, or brick – nothing seems to be safe from the little rascal.

So it was no surprise when Luke decided to celebrate Halloween in his own special way.

When Becca and her husband had to run some errands for Canadian Thanksgiving on October 12, Luke found himself another plaything.

As the couple returned home, Becca's husband entered the house, only to immediately come back out again, laughing uncontrollably. Whatever the explanation was, Becca knew straight away it had something to do with her prankster pooch.

Luke then made his big entrance, happily greeting his owners with a wagging tail – and a carved pumpkin on his head!


Honestly I think he was having a blast,” Becca told The Dodo. “He winds up with all kinds of things stuck to/on him on a regular basis. He was bouncing around just trying to make eye contact through the pumpkin's eye-holes!

The pumpkin have been left on a table and Luke clearly didn't miss his chance to create his own Halloween costume.

Becca shared a video of the costumed canine on Facebook

Becca shared a video of the hilarious incident on Facebook, and although most users were delighted, one of them expressed concern and asked if the pumpkin came off easily.

Becca was quick to reassure everyone. Although it took some effort, the improvised helmet was removed without causing any injury.

With or without the costume, Luke is a bundle of fun who enjoys ever second he spends in the company of his loving family.