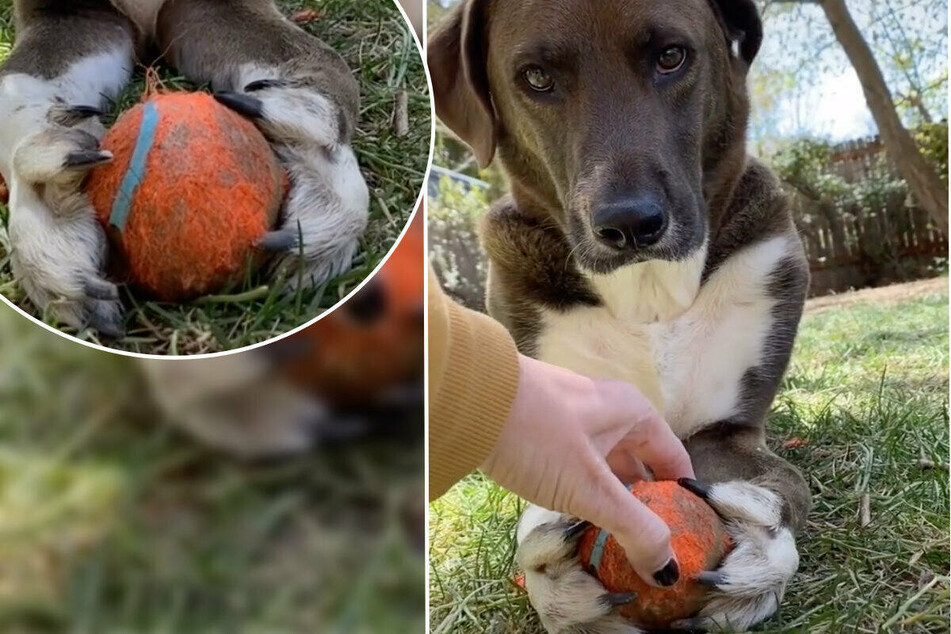 Dog with vice-like grip won't let anyone take his precious away!

Salt Lake City, Utah - This adorable dog is hanging on to his favorite toy for dear life and has no intention of letting go!

Fritz loves his favorite orange ball more than anything, and certainly doesn't want to share!

Once he's got his paws on it, there's no chance you're getting it back! In a viral TikTok video, Fritz lays in a backyard with his mitts firmly wrapped around the ball, just like a kitten, or a little child would.

A woman's hand comes into view and tries to take the ball, but all the tugging and jiggling doesn't help. Fritz won't let go of his toy.

No begging or pleading from his owner will make him give up his treasure. Fritz almost seems like he's grinning once his owner finally gives up trying to take his ball.

The video has already been viewed more than 600,000 times, and many users found the pooch's human-like grip hilarious.

The dog is no stranger to TikTok and has many videos of his adventures with his owner on his fritzmortimer page.

In the profile description, Fritz's owner speculates that her beloved pet might have been human in a previous life. Given his behavior, it is certainly plausible.