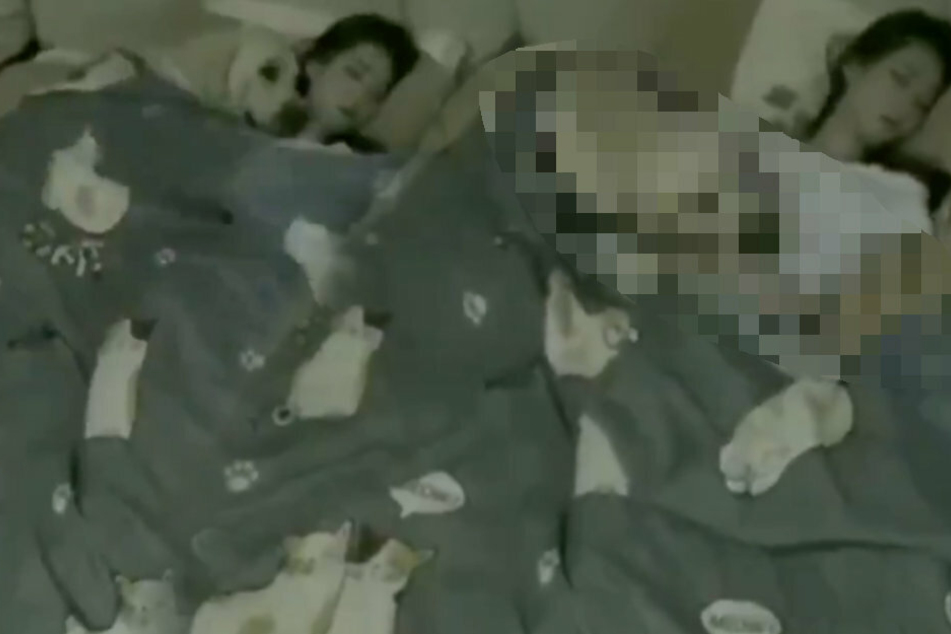 Got you covered: Lab keeps its owner warm at night and the internet loves it

Reddit users had their hearts melted by a video of a caring Labrador's efforts to keep its owner warm at night.

Internet - Everyone knows the feeling: you wake up in the middle of the night freezing, having uncovered yourself while sleeping – unless you have a loyal four-legged friend who has got you covered.

A dog's loyalty knows no bounds. Day or night, it's always there to lend a helping paw and a hugely popular Reddit video proves it.

In a night-cam recording, a woman is seen snoozing under the covers with her beloved pet Labrador.

Suddenly, her arm jerks up involuntarily, and she uncovers the top half of her body in the process. Fall is here, so it can get pretty chilly if you're not tucked in properly.

Her pooch certainly has no intention of risking a case of the sniffles, so he's got the situation covered. Without missing a beat, the dog scooches over  to grab the blanket with its teeth and carefully lift it back up onto its owner. After the gentle gesture, it returns to the perfect cuddling position, with its head on the womans shoulder.

The internet was delighted with the display of care and affection.

Users gave the clip over 20,000 upvotes, with the cute cuddle at the drawing particular attention: "That chin in the neck maneuver is so happily familiar. I love it!", wrote one.

The users on the net love the lady's dog

Others admitted their envy at the woman and wished they had such a fab Lab to take care of them at night.

One user complained that their dog would only sleep with its behind next to their face, which had some predictably smelly results. Another wrote that they had the opposite experience – their pets would only ever steal the blankets at night.