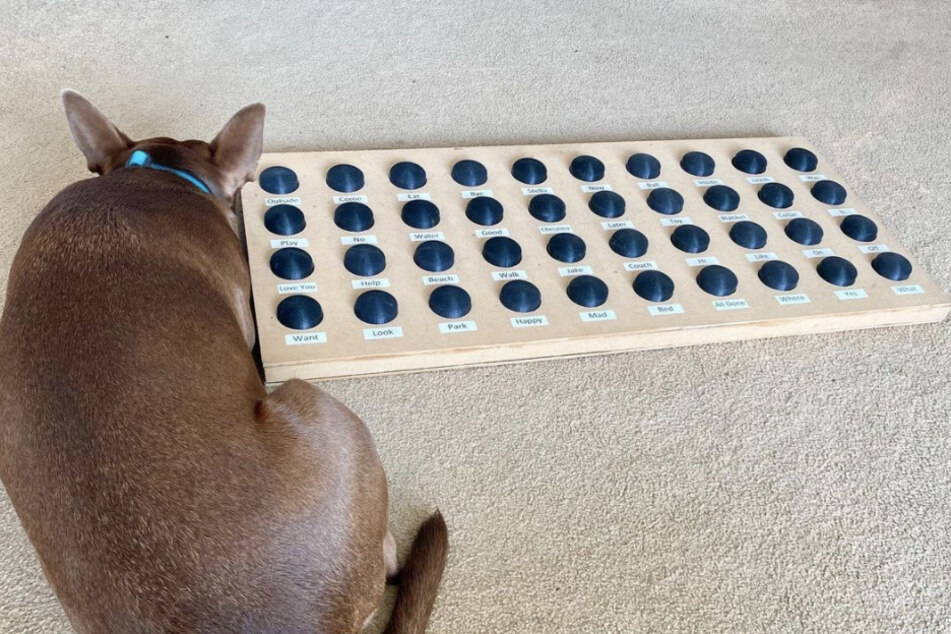 Look who's talking! Dog communicates with his owners through amazing device
Feb 14, 2021 3:00 PM

Look who's talking! Dog communicates with his owners through amazing device

One woman decided to help her dog fight the quarantine blues with the gift of speech.

San Diego, California - When Christina Hunger noticed her dog, Stella, was feeling burnt out, she knew something had to be done. So Christina came up with a way for Stella to communicate her wants and needs through an adaptive voice device.

Communicating can be hard enough for people, let alone animals. While speech-language pathologist Christina Hunger and her fiancé, Jake, could read context clues from their Catahoula-blue heeler mix Stella they couldn't really tell exactly what she wanted to say.

That is, until Christina brought an adaptive device into the mix. Now, Stella can have her needs heard by simply pawing on the right button.

The device has several buttons programmed with voice cues, like "walk" or "food". After some training, Stella knew exactly what each button said, allowing her to communicate what she wanted in spoken English.

Christina told People Magazine how amazed she was at Stella's constant progress with the device, saying, "every day she says something cooler than she said the day before."

As a speech-language pathologist, she works with young children and uses adaptive devices to help them learn how to better communicate.

Christina used similar practices while working with her dog. She's been teaching her new words to since the pup was eight weeks old, showing others Stella's progress on her Instagram page.

Stella currently knows 24 words, and can string together up to five phrases from the device to tell her owners what she needs at any given moment.

This pooch is slowly but surely finding her voice!