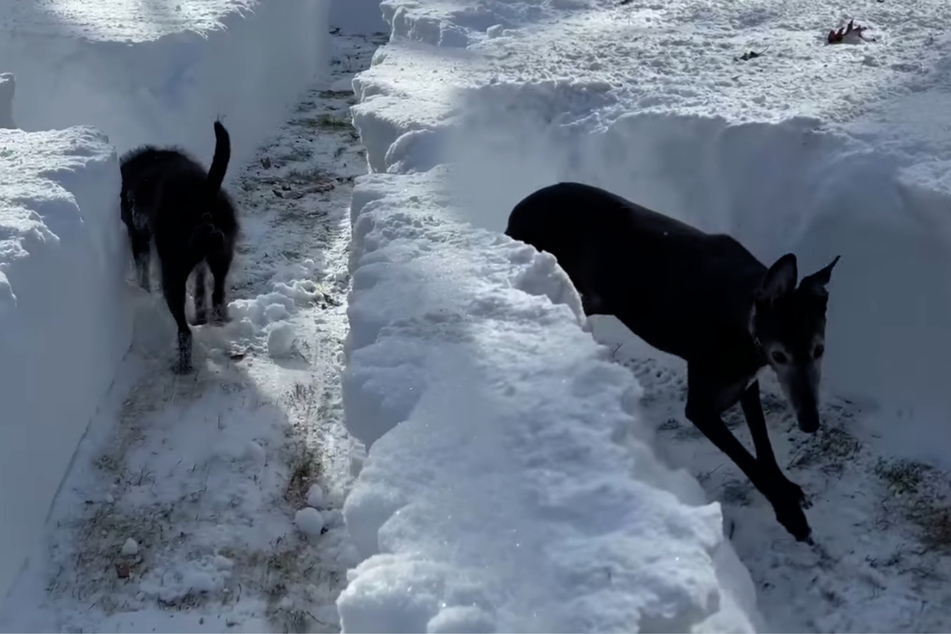 Chris and Mariesa Hughes love dogs more than anything. That's why the couple provides shelter to 21 rescues!

“They are all so unique but all get along as one big happy family," Chris Hughes told animal magazine The Dodo.

According to Chris, "they are independent, mischievous, strong, loving, loyal and crazy."

While a lot of love and fun goes into raising the dogs, doing so also comes with hard work. Current conditions have made it even more difficult for the couple.

During Wednesday's blizzard in New York, their property got dumped with tons of snow.

“When we woke up I was absolutely shocked,” Hughes recalled. “I have lived my entire life in cities that get a lot of snow, but I have never seen this much in such a short period of time. We needed to figure out a way to allow the dogs to at least get outside to do their business and let off a little steam.”

Suddenly Hughes had the perfect idea

Chris went outside to begin clearing a small area for his four-legged friends, and his shoveling took on a life of its own.

“It had started with just clearing a little area for them but then I got carried away and 2+ hours later, I had the maze,” Hughes said.

The maze is far from finished

And the dogs? They were beside themselves with joy!

"The big boys all run through the maze like it’s a big game,” Hughes said.

The maze has already become a gigantic dog playground, but Hughes has plans to expand it.

“I am going to do some more paths soon as there is no thawing in sight, maybe try to carve a few tunnels in there,” Hughes said.