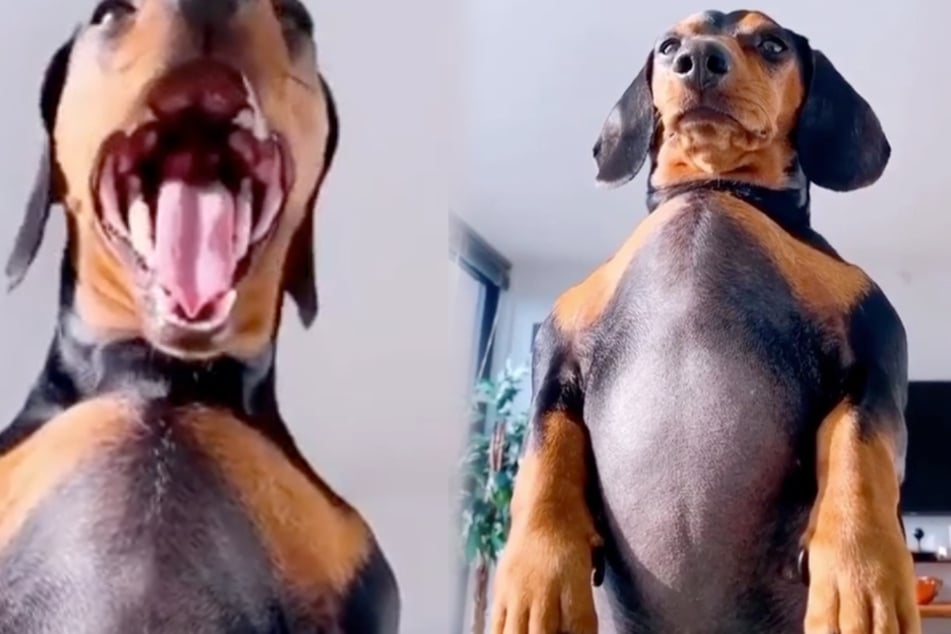 Striking a "paws": this woman was given a rude awakening by her dog

A Reddit user posted a picture of her dachshund standing over her when she woke up from her nap. The internet loves the puffed up macho dog.

San José, California - What a sight for Reddit user Kimchibunny99 to wake up to!

It must have been a bit intimidating to have her nap interrupted by her small but barrel chested dachshund, who was standing over her with a serious expression on its face.

In the short clip posted on Reddit, the dog is standing tall and looking down at the camera disapprovingly. At one point, it looses its balance but then returns to its combative stance.

Apparently, the four-legged friend had a big problem with its owner's nap.

Kimchibunny99 wrote, "I have the feeling my dog just woke me up from a nap to fight me!" And it really does look like the dog looks is ready to throw some punches or give his owner a serious talking to about napping.

The video has over 8,000 upvotes and the Reddit community loves it. Most commenters agree that this dog is ready to fight. One user wrote, "He's like, let's do this bro. Im a wolf, you are a monkey. Cash me outside." Another commented: "You ready to throw paws?"

Other users think that the dog was confused by the recent time change and expected dinner to be served: "Their internal time clocks are all messed up. The time change has gotten to them."

But everyone was impressed by a pooch who clearly works out and deserves the nickname that one user gave it: "Mr. big chest."