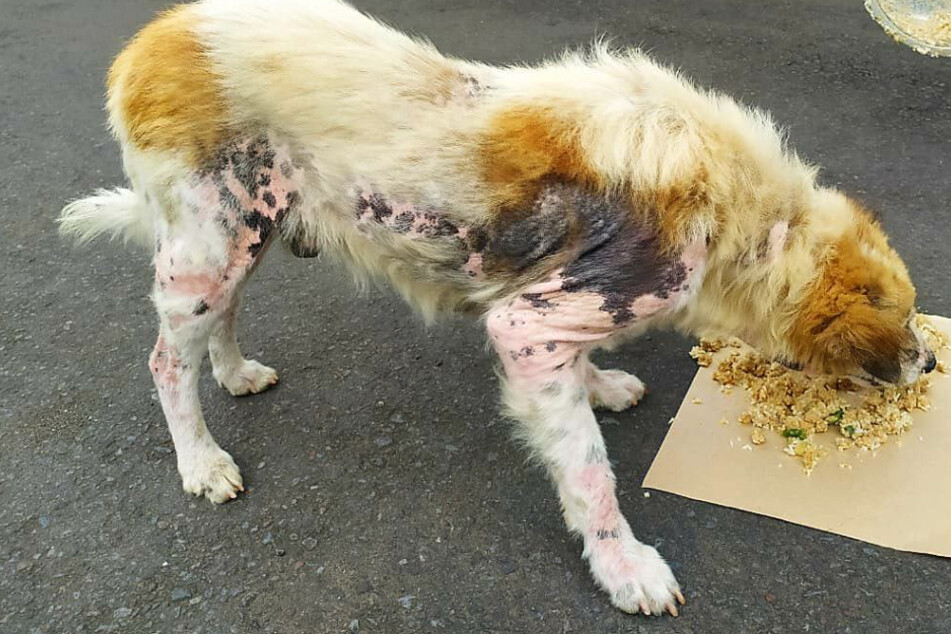 A new leash on life: starving, tick-ridden dog nursed back to health

Bali, Indonesia -  The case of a starving, tick-infested dog from the streets of Bali turned into a great success story for animal protection organization Vier Pfoten (Four Paws).

Many strays are unsurprisingly not good health, "but this case looked particularly heartbreaking," Four Paws wrote on their Facebook page.

The poor dog was starving and covered in bald spots. What little fur he had left was covered in ticks.

Volunteers rushed to the dog's help, but the scared and shy animal immediately ran away.

"It worked much better on the second attempt," the organization wrote, and having clearly not eaten properly in weeks, he soon devoured three straight portions.

Afterwards, the helpers gave the stray medication and treated his tick-infested skin.

Weeks later, the team visited him and lo and behold: his coat had grown back and his skin looked much better! He had also visibly gained weight.

The stray dog looks unrecognizable after the treatment

"We will continue to look after him in the coming weeks to ensure that he gets through this difficult time," the animal welfare organization added.