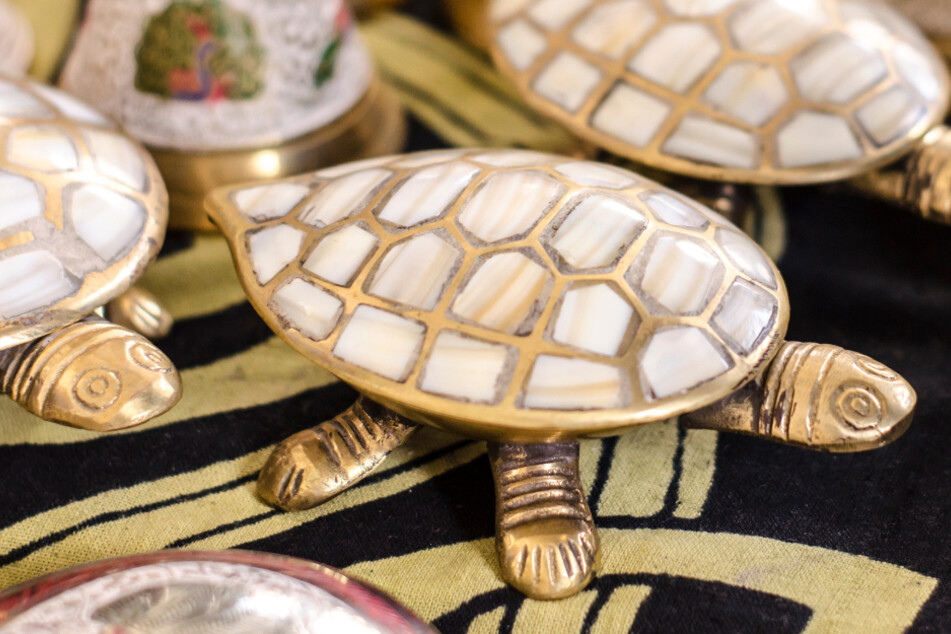 Turtle born with golden shell is worshipped as a goddess

In a village in Nepal, locals discovered a golden turtle. It worshipped as a goddess because of its extremely rare appearance.

Nepal - Locals in a Nepalese village worship a turtle because of an extremely rare gene mutation, which makes its shell look golden.

The reason for this unusual appearance is a mutation called "chromatic leucism".

Similar to albinism, melanin is completely absent, resulting in the distinctive yellow pigmentation.

Reports of golden turtles have been around for many years, but due to a lack of photographic evidence, they were quickly dismissed as legends.

According to Daily Star, the latest specimen to appear in a village in southeastern Nepal was revered by villagers as the reincarnation of a goddess due to its golden shell.

The locals brought the animal the best food and always looked after its health.

"Turtles have a significant religious and cultural value in Nepal as a whole. The god Vishnu is believed to have taken the form of a turtle to save the universe from destruction," explained Kamal Devkota, an expert on reptiles.

"In Hindu mythology, the upper half of the turtle's shell represents heaven and the bottom half represents earth. Vishnu's turtle avatar, known as Kurma, is now worshiped in a number of temples in India," Devkota said.

This is what the rare golden turtle looks like

After long discussions on site and extensive documentation of the mutation, the golden turtle was released back into the wild.

Animal welfare activists fear that it is disadvantaged in the wild because of its striking golden shell and is an easier prey for other animals. Kamal Devkota says  the turtle would not feel comfortable among humans in the long run.

"This animal is a truly extraordinary discovery that we cannot simply keep to ourselves."