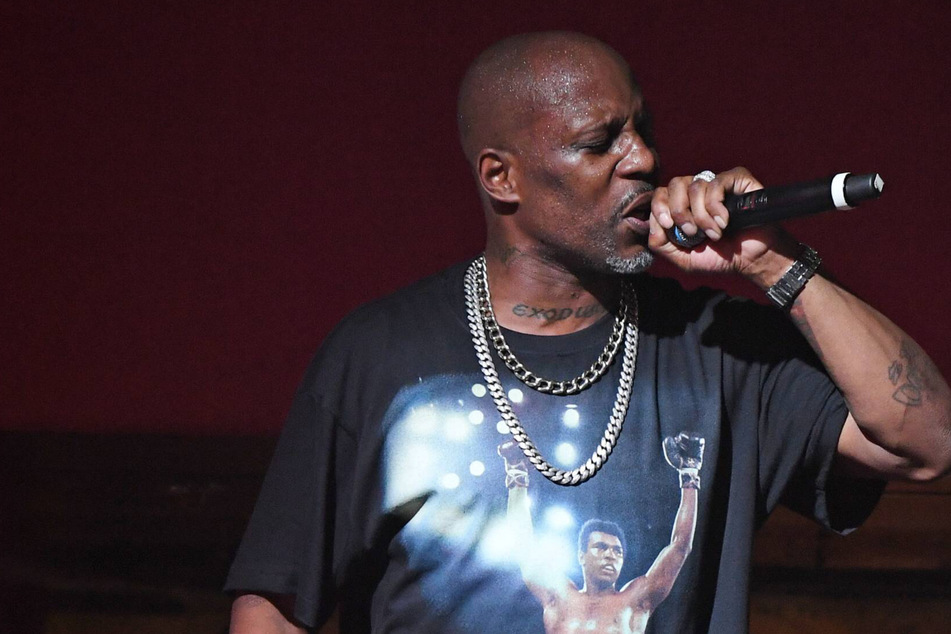 Hundreds of loved ones and supporters of DMX rallied around White Plains Hospital on Monday, where the rapper remains on life support after heart attack.

White Plains, New York - Dozens of loved ones and supporters of DMX rallied around White Plains Hospital on Monday, where the rapper remains on life support.

As CNN affiliate News 12 reported, hundreds of supporters of the 50-year-old showed up to a vigil on Monday to honor the musician and pray for his recovery.

The crowd gathered outside the New York hospital in the early morning and played his music all afternoon.

Fans were dancing and crying throughout, chanting "DMX! DMX!" as they crossed their arms in the shape of an X.

At one point there were at least 500 people crowded in front of the hospital which eventually forced the police to block off the street.

Revolt reported that DMX's fiancée, Desiree Lindstrom, and their five-year-old son, Exodus, were also there.

DMX, whose real name is Earl Simmons, was hospitalized on Friday after suffering a heart attack reportedly caused by a drug overdose and has been on life support ever since.

According to TMZ, DMX's mother, Arnett Simmons, and Lindsom haven't left his side since Friday. Some of his 15 children even flew in to New York to visit and spend some time with their father in the hospital.

However, due to coronavirus restrictions, only one person at a time will be allowed to see the rapper.