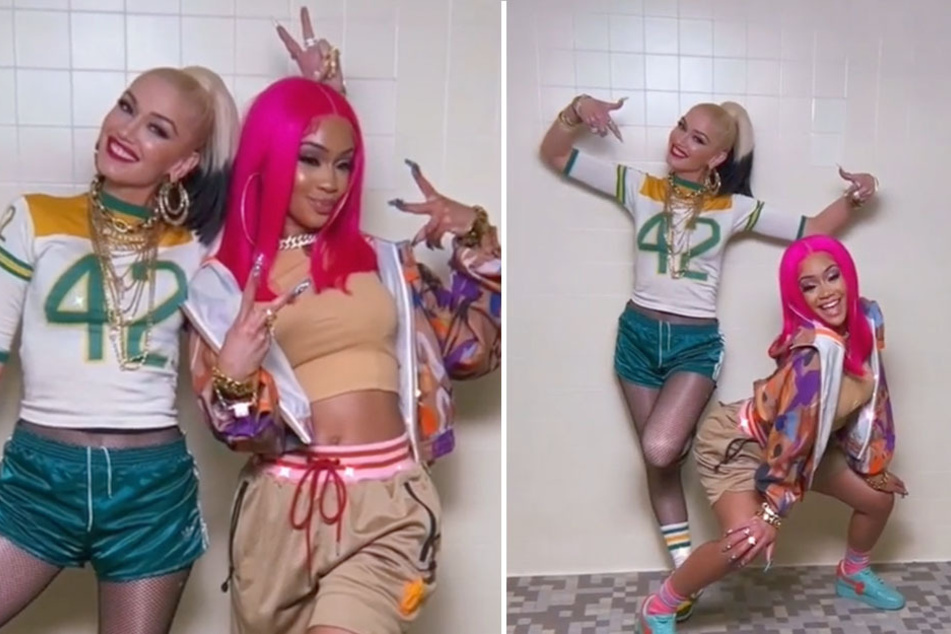 Gwen Stefani and Saweetie joined forces to bounce some balls, jump some rope, and ultimately make it clap.

Los Angeles, California – If Gwen Stefani's latest music video for the Slow Clap Remix featuring Saweetie is any indication of what her new album will be like, fans best prepare for the fire that's coming their way.

The 51-year-old queen of crossovers has done it yet again with her latest anthem celebrating success with a pop and hip hop twist.

Stefani has always been a fluid artist, moving from reggae to ballads, and rap to pop; the singer has proven she can do no wrong. The second single off her upcoming album and its music video are a reminder of just that.

Her high-energy video brings the same vibe as the 2009 hit Hollerback Girl, with stomping beats and school gym dance sequences.

The former frontwoman of No Doubt sings, "Are you rooting for me like I'm rooting for you? Let me hear you get loud like surround sound", glowing with self-confidence while adorned in gold jewelry and her signature red, pouty lips.

Dressed in a cheeky take on the classic gym shorts and tube socks, Stefani lives out her lyrics, stepping into each shot "like a boss, putting on a little extra sauce", while dancers and Saweetie (27) make it clap around her in more ways than one.

As the video plays on, Saweetie stands out for bringing her own kind of fashion spice to the mix.

Bringing the heat up to a new level

The rapper first appears in a hot pink wig, a mega-cropped crop top with under boob action, and hot shorts, as she takes the court and shows off her basketball skills while rapping: "I finally made it, so make it clap. Got the laffy taffy, make 'em lean, make 'em snap. Saweetie got that bubbalicious. Chew it up, it so delicious".

In the final shots of the video, the duo takes flight by means of trampoline, decked out in frilly blue and pink dresses, seemingly having the time of their lives and celebrating their successes as everyone should.

The song is set to appear on Stefani's upcoming fourth full-length studio album, which she hopes will be released this year.