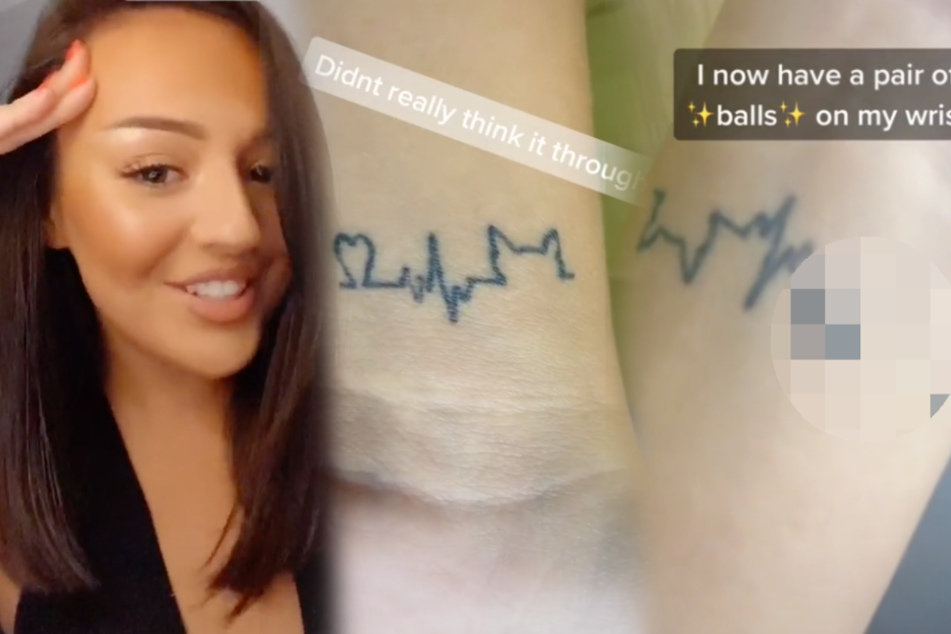 Lucy Armitage wanted to get a nice tattoo of her cat, but something went wrong.

Internet - Lucy Armitage wanted to get a nice tattoo of her cat, but things didn't go exactly as planned.

The 20-year-old showed her newly tattooed wrist to fans on TikTok.

In the clip, you can see an outline of cat ears integrated into a heartbeat line. Opposite the cat is a heart.

At first glance, there is nothing strange about the tattoo. It just looks cute.

But, as the video shows, it's only cute from one angle.

The British woman realized her tattoo was a major fail when she looked at her wrist from a different perspective: upside down, the outline of the heart looks like hanging testicles! The TikTok clip says, "I now have a pair of balls on my wrist."

Lucy also admitted that she "didn't really think it through." The funny clip has gone viral and has over 64,700 views.

The inspiration behind the failed tattoo was Lucy's cat, or rather her love for her cat. Even though the tattoo didn't turn out as planned, she wrote in her post that she "loves looking at them every day." By saying "them," she must be referring to what the heart looks like from a different angle.

Lucy's experience shows that it's all a matter of perspective!