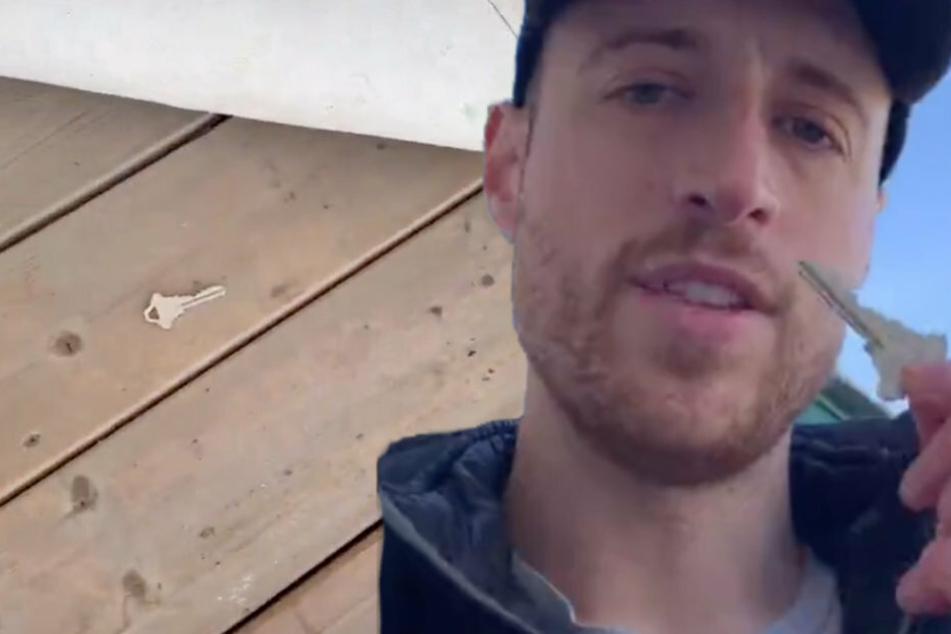 In TikTok video, Canadian Alex Biron explains why he hides a key under the doormat.

Canada - Canada has a reputation for being a safe country and Alex Biron seems to be proving it right with his TikTok video. In it, he openly shows viewers how he keeps a spare key hidden under his front door welcome mat. But there is a twist.

In the video that has since gone viral, Alex holds a key up to the camera and says: "This is a key. It goes under my welcome mat."

Why is he doing this? Isn't he worried someone will break into his house?

He goes on: "Actually, there are a number of break-ins in this area." What?!

He adds to the confusion by saying that he regularly checks and "every six months to a year, the key is missing" from under its hiding place. But even though potential burglars are actually trying to get in, Alex is not in the least bit worried.

"Here's the thing," he reveals, "it's not the key to my house. It doesn't unlock anything around here." Pretty sneaky, but what's behind this stunt?

Alex hopes that his action will make the would-be criminals think twice.

That leaves only the question of what the key actually opens. Alex soon gives away his second secret: the key has a number on it and it unlocks a safe deposit box at a bank in Vancouver.

The box contains some money, a self-help book and, with that, "a chance to start a new life".

This might seem like a good way to advertise a great opportunity for burglars far and wide: who knows how much money Alex set aside in that safe? But aside from the reference to Vancouver, the young man made sure not to give away his address.

The TikTok community was quick to respond. More than 4 million people have already seen the clip, which was posted on Tuesday. Thousands have left comments about the Canadian's daring enterprise.

"Great guy in a cruel world. Be like this guy.", one commenter summed it up. Let's just hope that one or two people who were considering going down the wrong path were also watching.