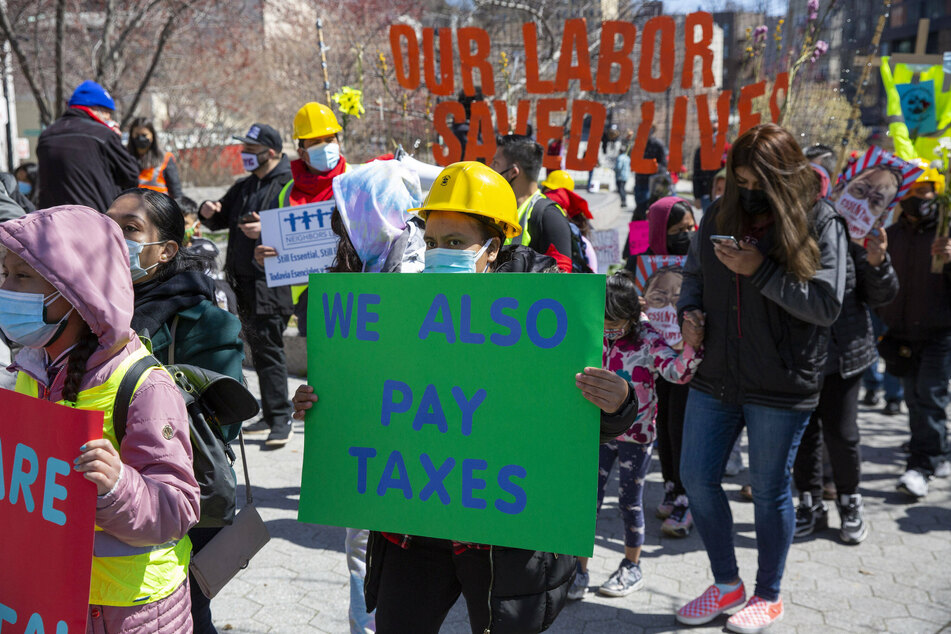 After 23 days of hunger strike, activists succeeded in securing $2.1 billion in the country's most ambitious pandemic aid fund for excluded workers.

Originally, the Fund Excluded Workers Coalition was asking for $3.5 billion, but the state government settled on $2.1 billion. Though many are afraid the money will not be enough, it is remarkable that the unprecedented legislation passed with almost no public opposition, Politico noted.

The recipients of the funds include undocumented people, many of whom are essential workers, and those recently released from prison. These groups were previously barred from pandemic aid despite paying taxes.

In an interview with Democracy Now, Mitaynes discussed her motivations for taking part: "it just doesn’t seem right that at the time when the city was asked to shut down, when people of privilege were able to shelter in place, that folks that didn’t have any other options, that needed to continue working, did, that were exposed, that then got sick. It’s just not right, and it’s not fair that they’re not given an opportunity to fight this pandemic, as well."

She added: "I truly believe that this is the job of government. We’re supposed to provide for our people. And this is a moment where we need to step up."

Concerns over the qualification requirements remain

Some activists worry that the $2.1 billion may not be sufficient.

There are also concerns about the documentation workers will need to provide in order to access the relief funds, including potentially having to show pay stubs, which may be difficult for many to obtain.

Supporters say such measures would exclude a large portion of the people in need.

Instead, they had argued for a wealth tax that would help fund the aid package for all while also redressing the severe economic inequities that have only sharpened since the start of the pandemic.

Mitaynes argued that a more expansive plan would be beneficial for all New Yorkers: "This is an investment in our community, investment in our future, because they will then take the money and put it back into the economy, which is what we need."

"And this is a way that we can all begin to work together and thrive and get back on our feet," she continued.