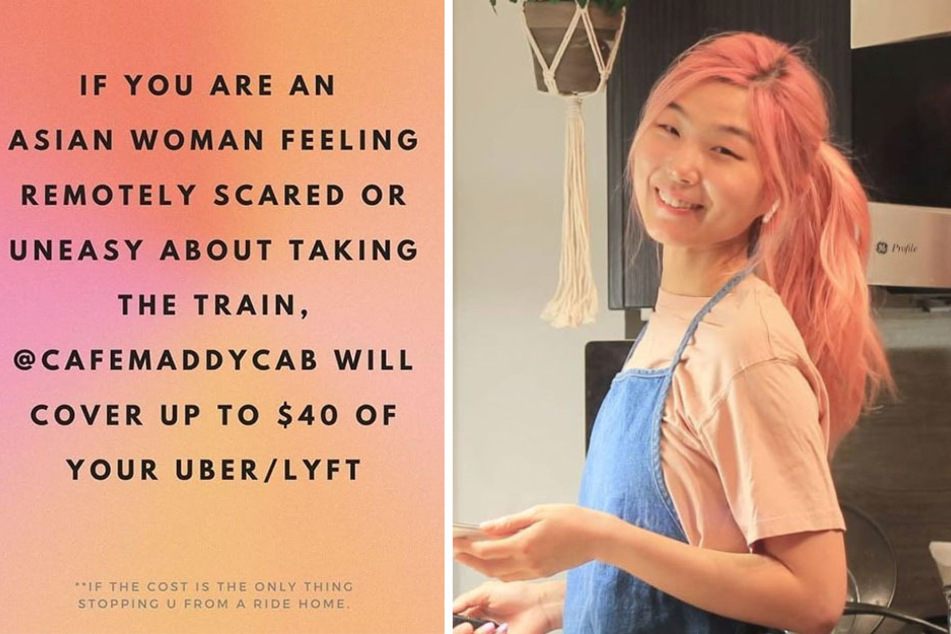 One can only see so many hate crimes before they get involved. For One New Yorker, that meant providing safe rides for her fellow Asian Americans.

New York, New York – Maddy Park grew tired of seeing the increased number of hate crimes taking place against Asian Americans like herself. Instead of living in fear, she decided to do something about it, in her own particular way.

Cafe Maddy Cab was created with the purpose of providing cab fares for Asian Americans in New York City that need the safety of a private taxi, Uber, or Lyft ride.

To kick things off with Cafe Maddy Cab, Park pledged $2,000 of her own hard-earned cash, and started up an Instagram account to spread the word.

With the recent rise in hate crimes against Asian Americans in New York City and across the US, Park has felt a lot more vulnerable to be attacked on public, including on the subway.

In an interview with Good Morning America, Park said, "I was scared that any moment in time someone might say a racial slur or attack me. Worst of all I thought that if something were to happen to me, nobody would stand up".

The donation-based account has been live for four days and raised $102,093 in donations within the first two. Those who want to donate can send money via PayPal or Venmo from anywhere around the world.

Because donations are raised and handed out in "good faith", Park has put some regulations in place to help ensure the funds are going to Asian Americans who need the help.

Those in NYC looking to tap into the resource must fill out a Google form, and provide the necessary receipts, screenshots, and selfies to Park and co. in order to receive funding for their rides.

Park hopes to raise money via PayPal to extend the Cafe Maddy Cab initiative into other cities across the US.