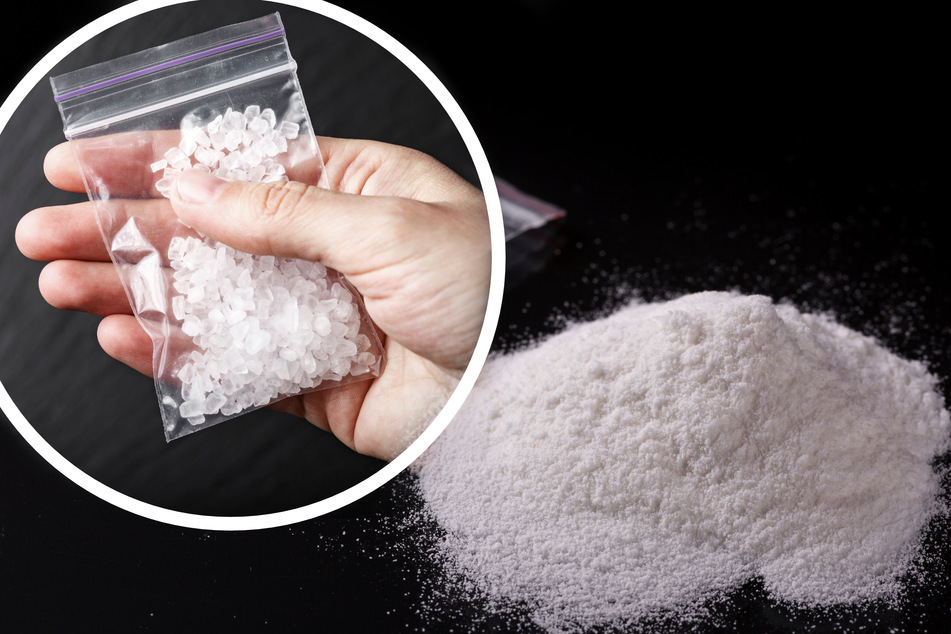 Earlier that same day, agents found more than 20 pounds of methamphetamine in connection to a separate traffic stop off Interstate 15 near Rainbow, according to Border Patrol spokesman Agent Angel Moreno.

Agents found most of the methamphetamine last Thursday afternoon inside a Mitsubishi Galant when the driver "hastily exited the freeway" after noticing Border Patrol agents patrolling the I-15, Moreno said in a statement. An agent followed the car off the freeway and pulled it over.

"The driver of the vehicle, a 23-year-old male US citizen, exited the vehicle and immediately assumed a hand-cuffing position, placing his hands behind his back," Moreno said in the news release. "Upon questioning, the driver then freely admitted that he had an unknown quantity of narcotics inside the vehicle."

The driver also told agents there were additional packages of drugs at his El Cajon residence, Moreno said. In total, the agents discovered 18.3 pounds of methamphetamine in the car, and a little more than 3 pounds at the driver's residence.

Border Patrol agents seized the car and turned over the driver and his passenger, a 22-year-old US citizen, to the Drug Enforcement Administration.

Later that same day, agents near the San Clemente Border Patrol checkpoint on I-5 spotted a Ford Escape driving erratically and nearly colliding with other vehicles on the freeway, Moreno said. Agents stopped the SUV, and after a drug-sniffing dog zeroed in on the floorboards, discovered 30 bundles of cocaine hidden in a secret compartment.

The cocaine, totaling 83.77 pounds, is valued at more than $1 million, according to Moreno, who said the drugs and the driver, a 23-year-old Mexican man, were turned over to the DEA.