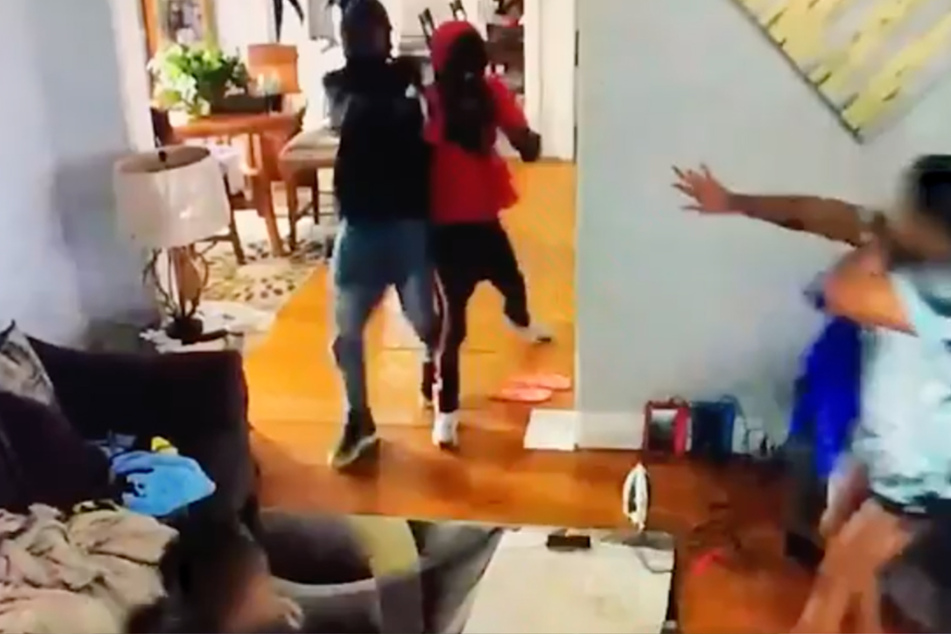 Five-year-old saves his mother from an armed burglary

Already a hero at the age of five: David Johnson saved his mother in a terrifying home invasion.

South Bend, Indiana - At the age of just five, David Johnson is already a hero, after saving his mother from an armed burglary – using a toy car as a weapon!

What a horror-scenario! Several men invaded a family home in Indiana and held the mother of 5-year-old David hostage.

Tamika Reid was ironing when there was a knock on the door. Another member of the family went to open it and suddenly several armed men burst into the house.

Shots were fired, as a surveillance camera recorded the gruesome scenes.

Little David had to witness a gun being pointed at his mother's face. But instead of running away, he decided to fight back.

He slammed his little fists into one of the invaders as hard and fast as he could, while Tamika was being taken out of the room. As one of the men turns back to face David, the child tosses a toy car at his head, making him duck.

Even as he is shrugged of by the criminals several times, David keeps coming back, at one point even trying his very best to disarm one of the men.

Fortunately, the would-be burglars left the house shortly after the video ends, without taking anything or hurting anyone.

Police are now looking for suspects

Mother and son talked to WSBT and the little hero proudly said, "I hit him and I tried to throw my car at him."

"I’m just, my whole thing was my hero right here. He was trying to hit the guys. My thing was I need to get him out of the house before they do something to my son!", Tamika Reid recalled.

The South Bend Police Department posted the security camera footage on Facebook, hoping it will lead to information that might help track down the burglars. "No little boy, nobody in general should have to go through something like this so it’s really important we get those who are responsible for this heinous crime off the streets."

As traumatic as the experience must have been, David is now being hailed as a real-life hero on the internet.