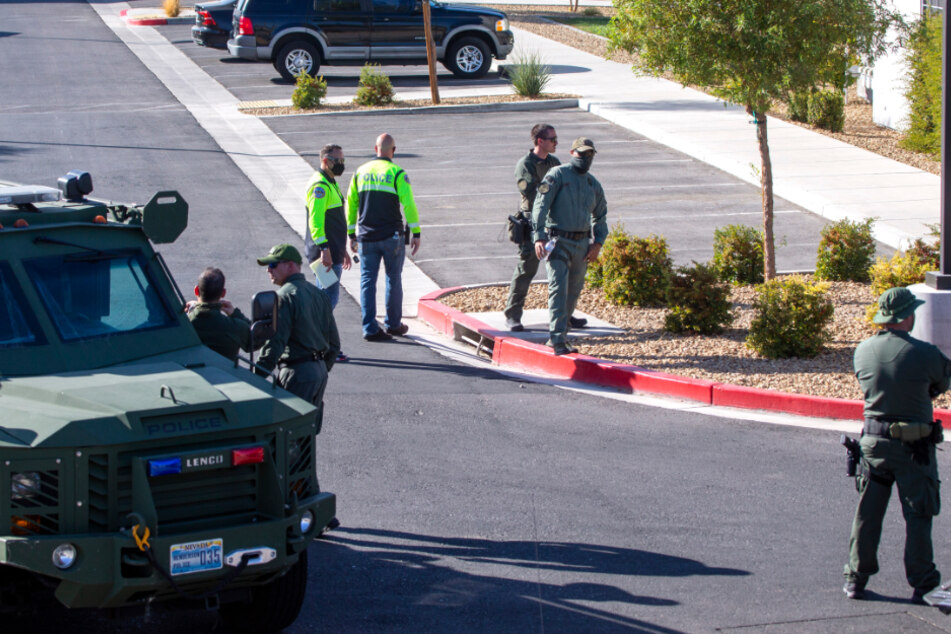 Four people are dead following a shooting that took place on Tuesday morning in Henderson, Nevada.

One more person was wounded and has been taken to the hospital, local news reported.

About 11am, officials received a report of a possible shooting at an apartment complex on Stonelake Cove Avenue in Henderson, about 16 miles southeast of Las Vegas, police said.

The 911 caller said he heard a gunfire and saw "someone with a possible gunshot wound in a nearby doorway," Henderson Police Department Captain Jason Kuzik said during a news conference Tuesday.

When officers arrived, they found two people who had been shot and a "possible suspect" in a nearby car, according to Kuzik.

Kuzik confirmed that five people were implicated in the incident and four have died. Among them was the suspect in the vehicle, who was shot by police. The injured person is being treated at the hospital.

The identities of those involved was not revealed during the press conference. Kuzic added that the police were still investigating what had led to the initial shooting.