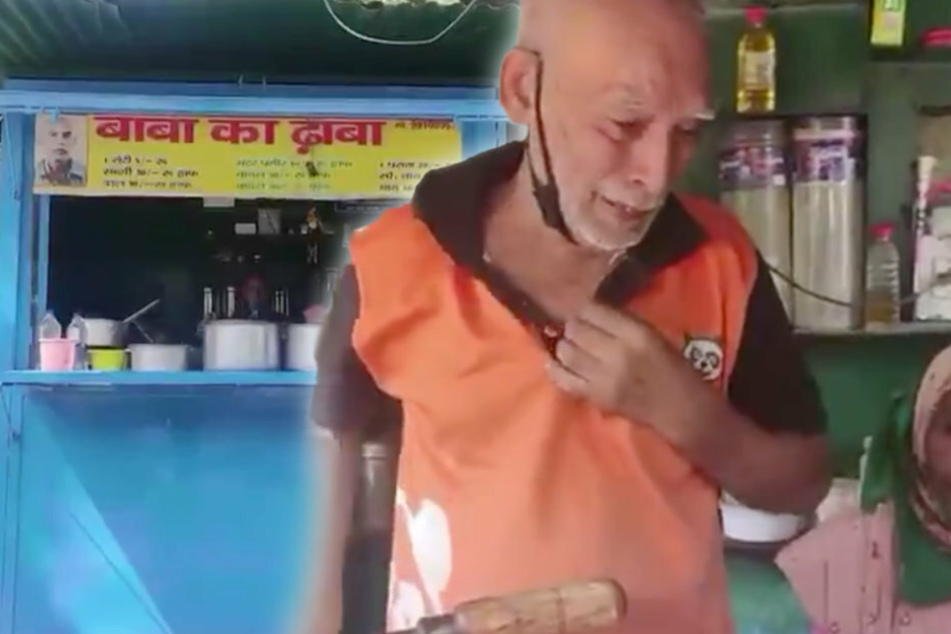 Elderly owner faces financial ruin amid pandemic, but the internet comes to the rescue
Oct 9, 2020  9:19 AM

Elderly owner faces financial ruin amid pandemic, but the internet comes to the rescue

An Indian couple faced financial ruin because of the global pandemic. But a food blogger's video clip saved the day.

Malviya Nagar, India - For over 30 years, an elderly couple has sold food in their small shop in the south of New Delhi. The coronavirus made their financial situation very difficult, but then thanks to a blogger, their situation took a turn for the better.

It all started with a video on YouTube and then later on Twitter. An old man is seen wiping tears from his face while his wife stands next to him. He goes on to explain the dire straits his little shop is in.

Every day for more than 30 years, the man and his wife have cooked and served hot meals. They don't earn a lot but the couple always loved what they were doing.

But the coronavirus crisis hit them especially hard. When the Indian food blogger Gaurav Vasan came across the eatery called "Baba Ka Dhaba", he found a desperate owner who said he had barely sold anything at all that day.

Gaurav Vasan told the Times of India that the food was "wonderful. Hence, I knew it wasn't the food that was the problem. It was marketing." He filmed the man talking about his plight and then posted the video on his YouTube channel.

Twitter user Vasundhara Tankha Sharma also shared the story on her account. She wrote that the "video completely broke her heart" and encouraged people to have dinner at "Baba ka Dhaba."

In the short clip, 80-year-old Kanta Prasad explains that he and Badami Devi usually start cooking at 6.30 AM. About three hours later, the meals are ready. They charge 30 to 50 Indian rupees per portion, the equivalent of 70-80 cents.

The ingredients alone are so expensive that Kanta and Badami barely turn a profit.

Kanta said that they had never made a lot of money, but the pandemic made things much worse. He added that hey could not count on the support from their two sons and their daughter.

After Vasundhara's emotional post on Twitter, the video went viral and the Indian couple's heartbreaking fate moved many people to tears. The clip has over 4 million views.

Indian celebrities such as actor Sonam Kapoor, cricket player Ravichandran Ashwin and his team the Delhi Capitals, as well as the food delivery app Zomato commented on the post and encouraged people help. The prominent lawyer and activist Somnath Bharti even visited the shop and tweeted about the experience.

The posts were convincing and the next day people flocked to the tiny eatery to buy some lunch from the couple.

Kanta and his wife are overwhelmed by the support

Kanta could hardly believe it! He and his wife were overwhelmed by the support. The Times of India tweeted out pictures of the crowds gathering outside the shop.

The success story continues: people all over the world are donating to Kanta and Badami, and their future now seems secured.