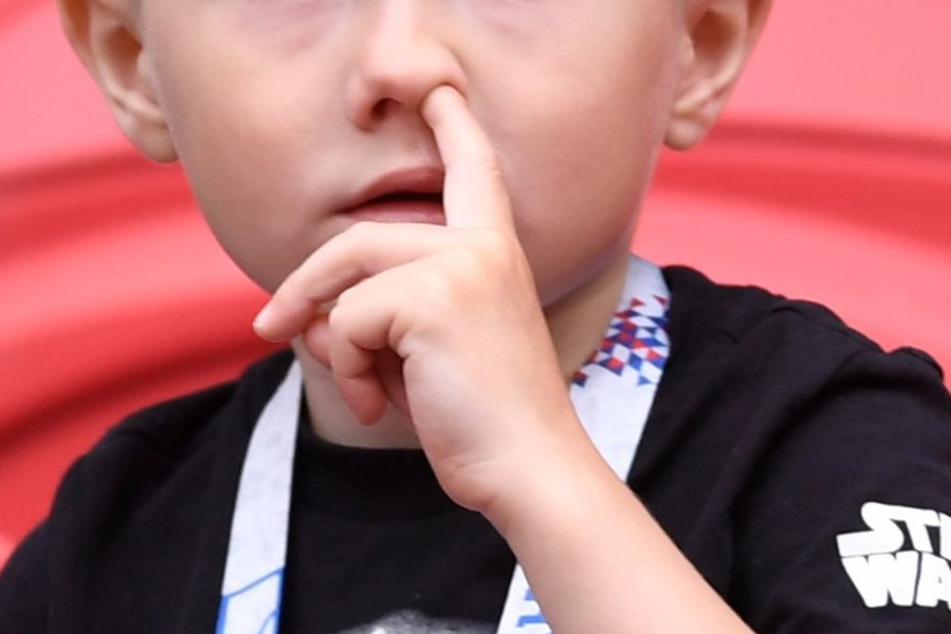 Nose picking is not only a disgusting habit, it can also have serious medical consequences, according to experts.

Neumünster, Germany - Picking your nose might be more than just an ugly habit. Medical experts explain why digging for nose gold isn't a good idea.

Nose picking isn't attractive, but lots of people do it anyway. They do it out of habit or because there's something up there that they just have to get out. The reason doesn't really matter because you'll never actually fix anything by picking your nose.

As the EMT physician Prof. Rainer Weber puts it: "It almost never solves the encrustation problem in the nose."

The expert also provided a technical definition for what we call boogers: "Thickened nasal secretions and crusts in the nose," usually present "in the nasal entrance and anterior section" of the nose.

The head of paranasal surgery at Karlsruhe State Clinic explains how boogers are formed. The frontal area of the nose is covered in skin that goes on merge into a mucous membrane without cilia, which are tiny cells that look like hairs. Farther back in the nose, cilia appear on the mucous membrane.

"The transport direction of the hairs goes backwards to the throat," Weber says. If crusts develop, however, no transport takes place from the frontal section of the nose.

The crusts, boogers, are dried up secretions that come from the nasal mucous membrane or from superficial injuries in the nasal cavity.

The wounds in the frontal section of the nose don't just appear out of nowhere. In fact, "these injuries are usually caused by nose-picking or the use of cotton swabs," according to Weber. However, increased nasal mucus can also be the result of an inflammation of the sinuses or the nasal mucosa from an allergy, such as hay fever.

Mucus is normally drained naturally. When it doesn't, it can be due to certain drugs that dry up the nose. "However, my experience shows that the most frequent cause is nose picking," says Weber. "Many people are unaware of this."

Your nose might feel dry and crusty, especially in winter. This might make you want to poke around to relieve the blockage.

Blowing your nose too often or the frequently using nose spray can also cause discomfort. "All this leads to injuries, which causes the body to react to the wound healing process with the formation of a crust," Weber warns.

It's the vicious cycle of nose picking. The initial crust probably formed as a result of the constant digging around and that makes you want to scratch or pick all over again, which then forms more of the crusty stuff.  "A vicious cycle is created," says Weber, "so you better keep your hands away from your nostrils, however hard it may be."

Instead of nose picking, the ENT doctor Michael E. Deeg recommends that those with dry noses and nasal congestion treat the issues with ointments and regular rinses. "In my opinion, this is ideal."

You can use an isotonic saline solution and wash out your nose up to 4 times a day. "This will free it of everything," Deeg explains.

If you can't rinse out your nose just leave the booger in there. "This can be unpleasant. The nose feels like it's stuffed up," Deeg says. A distinction has to be made between picking the occasional booger and digging out large amount of crust, which can lead to actual medical problems.

If you notice a lot of boogers forming during an infection, there's no reason to run to the doctor. "But if this goes on for weeks, a doctor should have a look at it," Deeg warns. Especially if the stuffy nose leads to constant picking and scratching.

A question of self-discipline

For habitual nose miners, it's more about learning discipline. In addition to regular nasal rinsing, it can help to always have sprays or ointments around. "That way, you can build up self-control and it's easier to break this strange behavior," says Deeg.

In rare cases, nose-picking can become compulsive. "Then we send the patient to a therapist," cautions the board member of the Professional Association of Ear, Nose and Throat Physicians.

Picking not only creates new crusts, but can also damage the nose, thought it usually doesn't wound the cartilage, adds Rainer Weber. In extreme cases however, the cartilage in the nasal septum can be thinned out and even pierced by intensive picking over time. "So it can become problematic."

While nose picking is icky, that's nothing compared to the occasional snacking that some indulge in. Strangely enough, this is far more harmless, at least medically. Once ingested, any bacteria in the boogers is killed and any nutrients absorbed.

"Many think eating them is disgusting, but some like it," says Weber. The professor stays neutral on this subject, "It's a matter of taste."