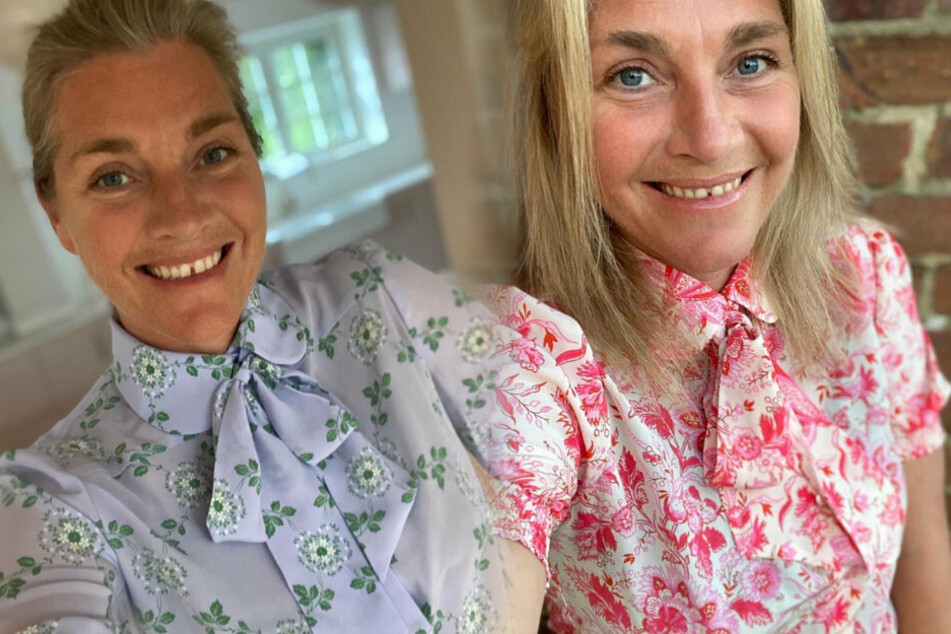 Sex every night and free holidays: fight for your man, insists British designer

Designer Tabitha Webb spent ages fighting for her current husband Gav. She called him constantly, invited him on holidays and offered sex every night.

UK - This woman really went for broke! Designer Tabitha Webb reveals how she gave up a successful career for her biggest dream and what she had to do to convince her current husband to marry her.

This British woman is used to swimming against the tide. First she gave up a very well-paid job so that she could design purses, then she decided to chase her dream man until the two of them were married. Both missions would end in complete success.

Tabitha (45) had a secure career in advertising, where she earned good money, but she gave it up to start a purse business. A big risk, but one that was worth it.

Today, her creations are worn by Kate Middleton, among others, her luxurious outfits sell well in her stores, she runs a well-known podcast and is the author of the book "No Regrets".

As Webb told The Sun, she had to fight hard for her breakthrough. While things were going well at work, the 45-year-old didn't have a happy love life at first.

That didn't change until 2005. Her mother drew her attention to her future husband Gav at her sister's wedding. At that time, Tabitha was actually in a relationship. But over the course of the evening, she approached him. "Gav told me he was a geologist. He did not tell me he was also in a relationship," Tabitha says. She brazenly flirted with him.

After the wedding, she asked her sister for the contact details of the man of her dreams, but she refused to help her because she wasn't "in the business of busting up other people’s relationships".

A year later, Gav and Tabitha met again, this time for the sister's baby shower.

"This time we were both single, and I had no intention of letting him go again." They flirted for hours until Gav finally agreed to take her number. It took him two weeks to finally call Tabitha.

"We went for dinner, kissed, went home, and I thought we were meant to be. For three months I was lost in a dizzy haze of love - though I was well aware it was me who was always ringing him, and me who was turning up at his flat each night with supper or a bottle of wine." Even nightly sex was promised, to keep his interest going.

Tabitha reveals how her friends couldn't understand why she was chasing him like that. The 45-year-old didn't want to give up, but then one day Gav ended the relationship. "He told me he was sorry, but when he wasn't with me, he didn't miss me." The designer was inconsolable. She partied a lot and didn't get in touch with him again.

But one week later it was suddenly Gav who kept calling her. At first she ignored him, but after four days she grabbed her chance. She arranged a holiday in Canada on a campsite - a big dream of Gav's, a nightmare for her. Although she knew that he didn't love her, she didn't give up.

Gav declared his love to Tabitha

A year later, he declared his love to her - on a piece of paper. "I had won. He did eventually propose and we were married in 2010 in the Pyrenees in France. We have two daughters - Primrose, who is two years old, and eight-year-old Betsey."

Tabitha wants to give all women some good advice: "If you see something you like, go for it. The only thing stopping you is the risk it might not work. But isn’t the risk actually that it might have worked, but instead you just let it go?"