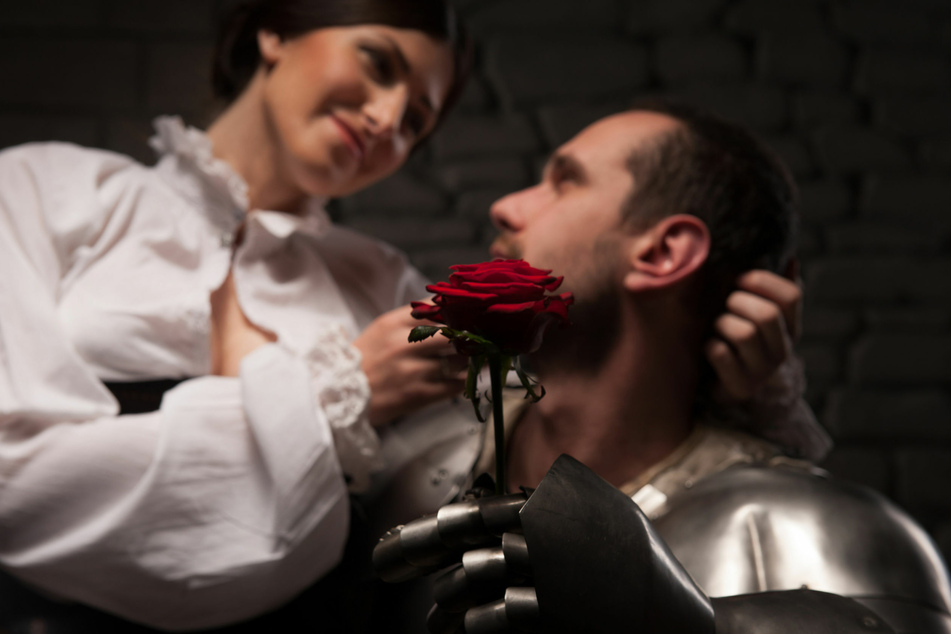 Disgusting, dreadful, and dangerous: the Dark Ages weren't particularly conducive to romance. People often had to go to great – and very unpleasant – lengths to avoid pregnancy.

In fact, the church deemed it sinful to have sex for any reason other than procreation, even for married couples.

Any intimate activity that wasn't meant to produce children was considered nothing more than prostitution.

Of course, plenty of people still found a way to do the horizontal bop. And many had good reasons to avoid pregnancy: whether it was having an affair, being too poor, working as a prostitute, or simply not wanting to have children.

But contraception in the middle ages wasn't anywhere near as simple as swallowing a pill every day or using a freely-available, high-quality condom.

It might have been no fun, but there was always a fool-proof contraceptive method: abstinence. Simply not having sex had a 100% success-rate when it came to avoiding an accident.

But since many people couldn't keep their hands off of each other, extra safety measures were put in place. Some noble women who already had a husband chosen for them were given a special item to wear: a chastity belt.

The belt, made of metal or thick leather, covered the private parts and made vaginal penetration impossible – to the disappointment of those men who found the door locked shut. That is, if they didn't have their own penis cages to deal with.

However, historians say that the chastity belt was never worn for longer periods of time, due to the high risk of an infection. It was more likely for prostitutes to be punished by being made to wear the belt, as a way to deprive them of their income.

This contraceptive method was definitely effective at the time – unless the woman happened to be cavorting with a crafty locksmith.

Pulling out: an enduring method

Pulling out, or to use its fancy-sounding Latin equivalent, coitus interruptus, has been around for ages. But withdrawing at the right moment was never the reliable option. Leakage can occur at any point and lead to pregnancy. And men often overestimate their self-control as the climax approaches.

This is as true today as it was in the middle ages, despite the enduring popularity of pulling.

Since almost all the methods on this list have long been abandoned as times have evolved, maybe this one should also be consigned to history.

Pig intestines instead of rubbers

Flavored condoms had a very different meaning in the medieval world. It wasn't strawberries or bananas that gave them a distinctive taste. Condoms were mostly from animals organs, such fish swim bladders, pig intestines, or plain leather – all with pretty low rates of effectiveness.

Condoms weren't only meant to prevent pregnancy, but were also used to ward off sexually transmitted diseases such as syphilis.

Going in through the back door

These alternative modes of intercourse are still practiced today to prevent pregnancy or preserve virginity.

The contraceptive effects of breastfeeding

Women who are breastfeeding produce the hormone prolactin, which stimulates milk production and at the same time inhibits ovulation.

However, this has never been a reliable method, because there need to be  enough hormones to prevent fertilization and the hormone concentration varies among women.

Herb lore in the middle ages

Herbs provided fertile ground for contraception in medieval times. Ointments were often applied to the private parts in order to kill off a man's swimmers. Cotton wool balls soaked in different brews were inserted into the vagina to provoke a contraceptive effect.

Although these methods were sometimes successful, they carried a high risks and often caused serious rashes and inflammation.

Abortion in the middle ages: painful and fatal

Abortions were the last resort in the middle ages, and they were a cruel and painful business for women.

Herbs also had their uses here, and were either inserted or consumed raw or as tea. The pregnant body was pushed to its limits through extreme sports and blood-letting, among other grisly procedures meant to provoke a miscarriage. Women often suffered hellish cramps and heavy bleeding in the process.

In many cases, they lost their lives along with the pregnancies.

A low demand for contraception

While contraceptive methods existed in medieval times, sexuality looked very different back then. Having offspring was generally desirable, as children could share in the burden of work or secure succession on the throne.

As a rule, more was better when it came to procreation, as it fulfilled God's command.