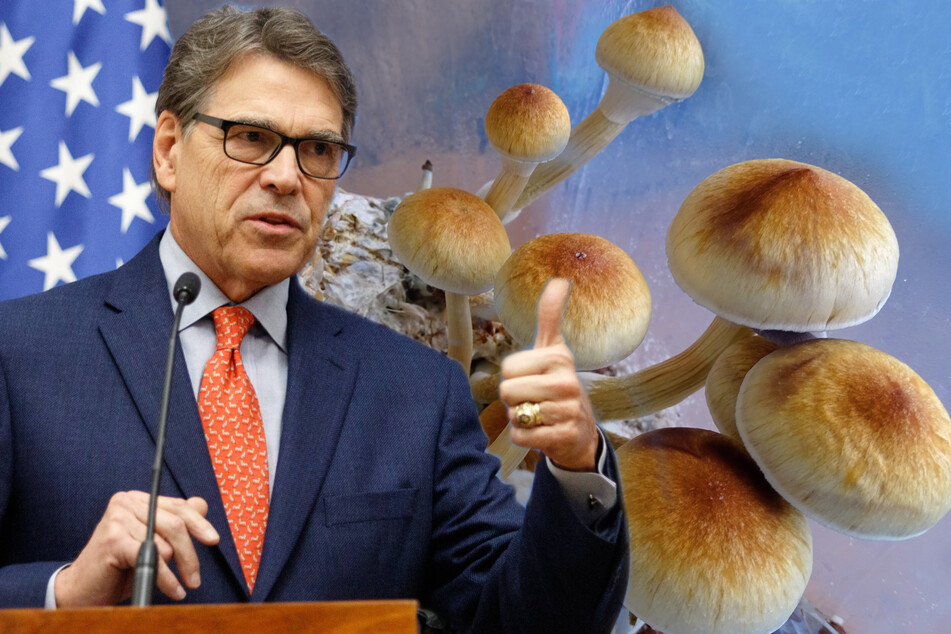 Former Governor Rick Perry is back at the state Capitol with a surprising policy wish that has many Texans tripping.

Austin, Texas – Former Governor Rick Perry is back at the state Capitol with a surprising policy wish that has many Texans tripping.

According to the Texas Tribune, the controversial Texas Republican and former Trump energy secretary is advocating the use of "magic mushrooms" to treat post-traumatic stress disorder (PTSD) in military veterans.

House Bill 1802, which calls for a clinical study of psilocybin, was introduced by Democratic state lawmaker Alex Dominguez of Brownsville.

The proposed legislation would also direct the Health and Human Services Commission to present a literature review of psilocybin, MDMA, and ketamine PTSD treatments for veterans.

Researchers would be required to release quarterly progress reports and present their complete findings to the governor, lieutenant governor, and House speaker by December 1, 2024.

Perry said he has "historically been a very anti-drug person" and still does not approve of recreational use. However, he believes the benefits of psychedelics for veterans should not be discounted.

"All of that properly done in the right type of clinical setting will save a multitude of lives," the ex-governor explained. "I'm convinced of it. I have seen it enough of these young men."

The unlikely supporter of the bill says he was persuaded through numerous personal conversations with veterans. Several of those military officers are expected to join Perry and Dominguez for a press briefing on Wednesday.

"To me, this may be one of the most hopeful pieces of legislation that the members of the Legislature have the opportunity to consider this session," Perry affirmed.