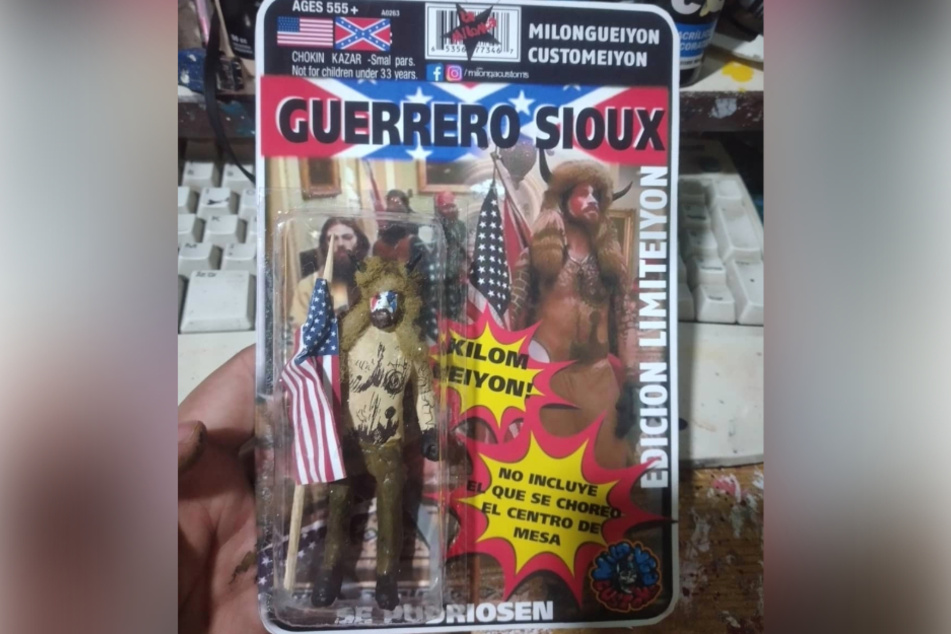 An artist from Argentina has made an action figure resembling one of the leaders of the mob who stormed the Capitol building in Washington last week.

Buenos Aires, Argentina - An artist from Argentina has made an action figure resembling one of the leaders of the mob who stormed the Capitol building in Washington last week in support of outgoing President Donald Trump.

The man stood out in the crowd with his horned bearskin headdress, red, white and blue face paint, bare torso and spear mounted with a US flag.

Now, Ieie Milonga is producing action figures of Jacob Anthony Chansley, who also goes by the alias Jake Angeli, of Arizona, whose image was shared around the world.

"When I saw the pictures on TV, I knew: you have to make a doll of this guy," Milonga told DPA over the phone.

The figurine, made out of resin and painted by hand, costs 600 pesos, or $7. He had the first prototype ready within an hour. So far, he has sold 20.

"I've also received requests from abroad, especially from the US, but shipping is complicated," he says.

While the "shaman" enjoys a second career as an action figure in Argentina, Chansley himself has been charged with trespassing and disorderly conduct.

Chansley is well known from the QAnon movement, whose supporters claim that Trump is fighting against a global elite of pedophile Satanists operating a child trafficking ring.

Many also believe that a so-called deep state is conspiring against the president and Trump's false claims that he won the election.