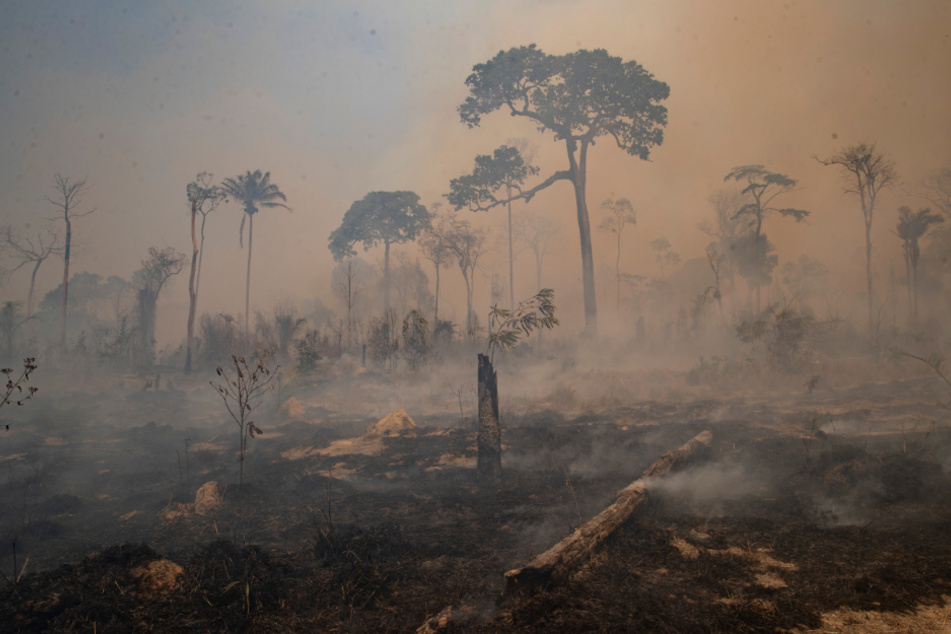 The Brazilian rainforests have been going up in flames for over a year. The worst drought in 50 years is majking matters worse.

Rio de Janeiro, Brazil - The Brazilian rainforests in the Amazon region have been going up in flames for over a year now with no end in sight. To make matters worse, a tremendous drought is now threatening the country's agriculture and boosting the spread of the fires.

A dark cloud of soot is moving towards São Paulo, leaving behind the devastated Pantanal wetland. The fires destroyed almost a fifth of this unique ecosystem.

It is part of the harsh reality Brazil has been facing. Since people set the Amazon basin on fire, the country has been ravaged by countless blazes, unable to control the spread.

At the same time, Brazil is suffering from the worst drought in almost 50 years, according to authorities, firefighters, and environmental groups.

"It's a desolate scenario," Fernando Tortato said in an interview with The Guardian. He is a scientist with the non-profit Panthera Group, which operates a sustainable farm in the Pantanal. The fires keep razing the area to the ground, leaving little behind for the jaguars who live in the habitat.

Fires in the Amazon threaten the lives of indigenous tribes

The local authorities have announced they will find those responsible for arson. Several livestock farmers are already suspected to have set the fires intentionally, as demand for new land is ever-growing.

Meanwhile, police officers are increasingly taking boats to reach the inhospitable areas because they cannot fly through the clouds of smoke, according to The Guardian.

While the crisis continues, Brazil's right-wing president, Jair Bolsonaro, is refusing to take the situation seriously. Instead, he partly blames indigenous people for the forest fires. But the tribes are disproportionately affected by the disaster, as ongoing flames threaten their food sources.

"We are part of this nature, we live with her day by day and it was all devastated," tribal leader Alessandra Guató said. Her tribe usually thrives on selling fish to local hotels, but the fish population is steadily decreasing.

There seems no end in sight to Brazil's vicious cycle. Climate experts are warning there will be more severe droughts in the future.