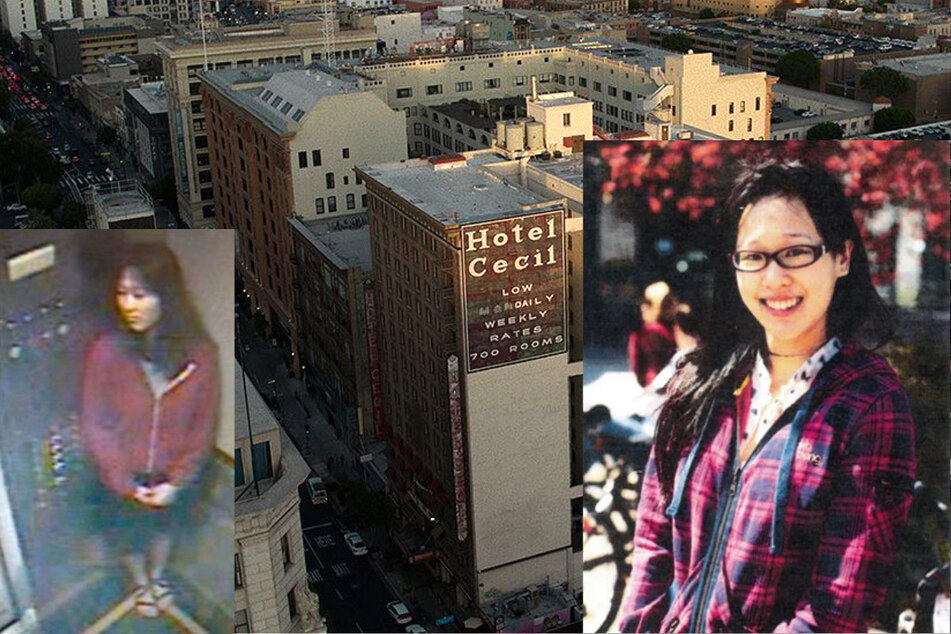 There are still a lot of conspiracy stories and speculation around the disappearance and death of Elisa Lam and now Netflix has released a addressed the issue.

Los Angeles, California - No one knows what happened in the last hours of Elisa Lam's life. The young woman's bizarre death is still the source of a lot of speculation and conspiracy theories. Now, Netflix is also taking on the case.

The Cecil Hotel in downtown Los Angeles has seen its fair share of violent crimes.

The death of the 21-year-old student Elisa Lam's is considered particularly mysterious. The young Canadian university student was traveling alone along the West Coast of California in January 2013.

Her trip took her to the Hotel Cecil on January 26, which is popular with many tourists, despite the previous incidents, because it's cheap.

Elisa had agreed to call her parents every day, according to the Sun. But when they hadn't heard from her, they got worried and called the police.

Police searched the entire area around the hotel, but the young woman had disappeared without a trace. Witnesses reported Elisa had been acting strangely the day before, an assessment which was confirmed by the disturbing elevator camera footage released by officials a few days later.

The mysterious elevator video, in which Elisa is seen alive for the last time, is still at the center of the creepy case today. The clip went viral on YouTube.

The elevator footage shows Elisa pressing several buttons in the elevator and gesturing strangely with her hands.

Before she exits, she looks outside multiple times as if she's afraid someone is following her.

It is still unclear if Elisa was in fact alone in the elevator,as only one side of the elevator is visible in the footage.

A few days after the mysterious disappearance of the Canadian woman, hotel guests begin to complain that the water from the pipes tasted strange. A maintenance worker checked the water tanks on the hotel roof, and found the body of the young woman in one.

What or who drove Elisa Lam to her death is still widely discussed online today.

There are several questions surrounding this disturbing case: How did Elisa get onto the roof and up into an eight-foot tall water tank? Why did she behave so strangely shortly before she disappeared?

According to the BBC, Elisa suffered from bipolar disorder and depression, and as a result was taking multiple medications that most likely led to extreme drug interactions.

The student may have made her way up a fire escape to the roof and over the adjacent structure into the water tank, where she drowned.

However, many still doubt that this is what really happened. They question the editing of the elevator video and the fact that Elisa's parents have barely commented on their daughter's death.

If you watch the video carefully, you can actually see several cuts. Did the police want to protect potential witnesses or even cover up something? At least one witness is also said to have claimed that they saw Elisa in the company of two men.

Now, a new Netflix docuseries takes on disappearance of the young woman. It also delves into the creepy story of the Cecil Hotel in Los Angeles, which now bears the name "Stay on Main," referring to its convenient central location in the middle of the Californian metropolis.

Whether the series will offer any significant new insights, however, seems questionable. The investigation into the mysterious 2013 case of Elisa Lam was closed long ago. But those who are still interested have a fitting opportunity to revisit the case.

Crime Scene: The Vanishing at the Cecil Hotel is available now on Netflix.