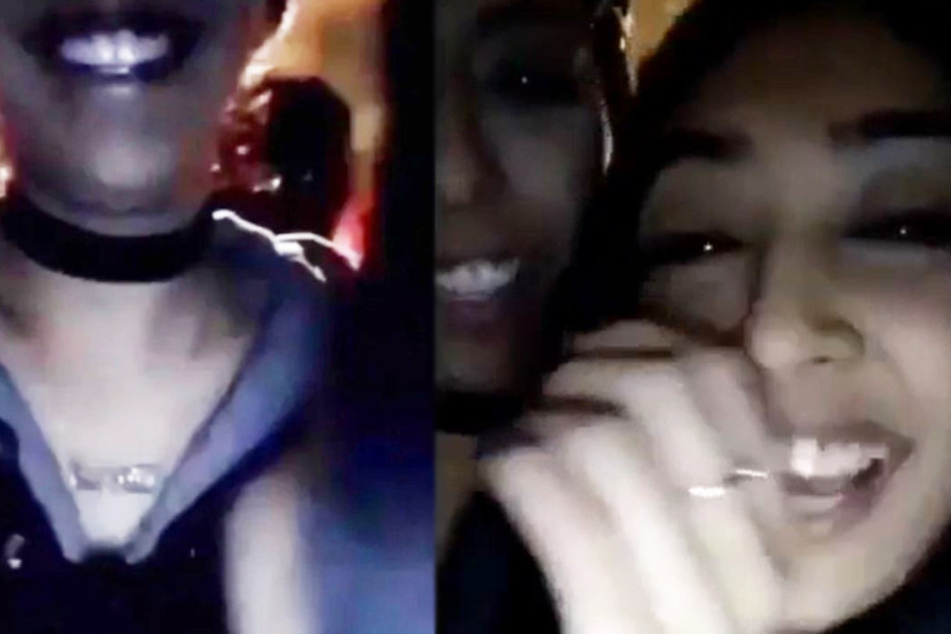 Women's selfie video captures something terrifying in the background
Oct 19, 2020 6:01 AM

Women's selfie video captures something terrifying in the background

What is behind these two women? A demon or a ghost? Reddit users are scared and intrigued.

Internet- Did these two girls catch some bad energy on camera? Reddit users were certainly freaked out by what seems like red demonic head.

User princesslina87 posted a short clip on the Subreddit r/Ghosts on Saturday and it has viewers puzzled and scared, according to the Daily Star.

The six-second selfie video shows two women drunk and laughing. The two are fooling around and nothing seems out of the ordinary.

They didn't think anything was unusual until they rewatched the clip the next day. What appeared behind them made their blood run cold.

In the last frame of the video, a mysterious figure appears behind the two women. It looks like it's staring right into the camera. The original poster claimed that she and her friend were the only people who were in the room at the time.

The video scared the crap out of some users. One user claimed that they were so scared that they peed their pants. Another commented that it was a bad idea to watch the video at night.

Some asked if there was evil energy in the house where the video was made. One user asked specifically if there had been a fire with fatalities there or in area because the "face" looked like a burn victim.

Princesslina87 responded that there had in fact been a fire in the house a few years ago, but there had been no fatalities. She thought that the apparition was the result of negative energy in the house.

Not all Reddit users wanted to jump on this track to the paranormal and suspected a simple optical illusion or a fake of some kind. One even wrote that the "figure" could just be a hair bun being framed by the light.

Whether this is really a demon or just a scrunchie, the video is sure to keep you on the edge of your seat.