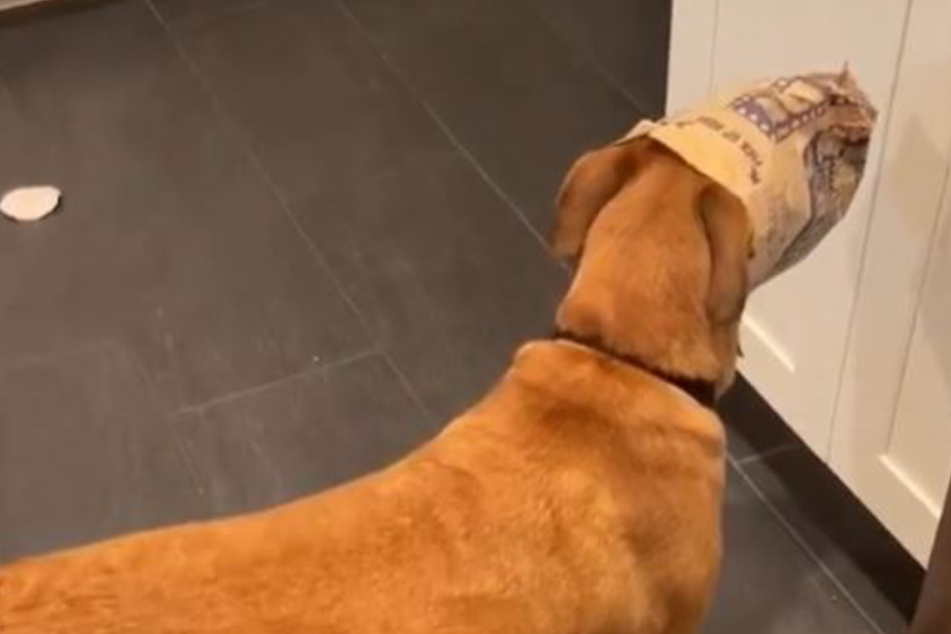 Dog gets head stuck inside a popcorn bag and his reaction is priceless!

"If I can't see them, they can't see me," a cute pooch from Arizona thought to himself, as his owner caught him in the act.

Arizona - "If I can't see him, maybe he can't see me," a cute dog from Arizona thought to itself when he got caught in the act.

This is the description of the 13-second video that Aaron Hofman uploaded to his TikTok page on October 29.

The father of two walked in on a hilarious scene and luckily caught it on camera. It turns out his dog had been craving a snack while he was away. "Bear!" the man says in disbelief, as the footage shows his pooch with its head stuck in a popcorn bag.

But instead of owning up to the deed, the four-legged thief freezes perfectly still and silent, pretending he's not even there. What a sly dog!

The only movement on display is the popcorn bag rhythmically inflating and deflating, as the guilty pooch breathes in and out.

The funny video quickly won over hearts on TikTok, amassing over a million likes and 154,000 shares.

While the post has received a lot of love and laughter, some users also pointed out that dogs could accidentally suffocate in situations like this. A few recounted personal experiences in which they tragically lost their beloved pets.

Aaron Hofman had his own way of responding to these critics, uploading a video of himself with a Doritos bag over his head.

He included a pretty sarcastic message: "just want to warn everyone how dangerous it is to put a bag over your animals or your head."