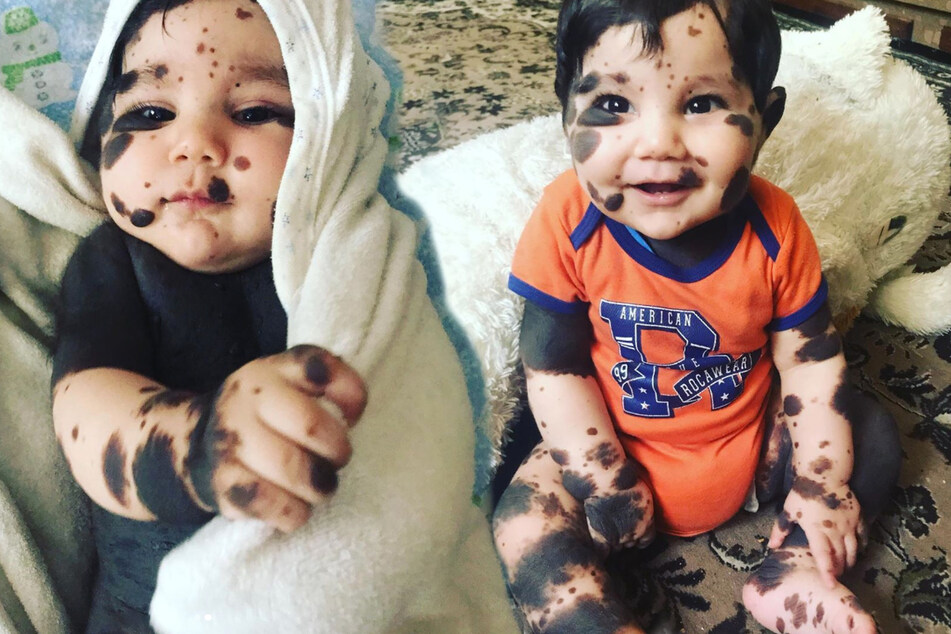 Baby is born with birthmarks on 80 percent of his body

His brothers thought he was covered in chocolate, but little Artyom Petrosyan was born this way.

Yerevan, Armenia - His brothers said it looked like he "had chocolate dabbed on his face." Little Artyom Petrosyan from Armenia has birthmarks that cover almost all of his body.

His entire belly and back are dark brown, and he has bulging oval spots on his legs, arms, and face.

Artyom was born with an unusual number of so-called naevus birthmarks. About 80 percent of his body is covered in them.

In and of themselves, these marks are not necessarily harmful for the child, but according to his doctors, the infant has to live with the considerably increased risk of developing skin cancer.

The little one also suffered from spina bifida, a malformation in the spine, and had to undergo a 90-minute operation shortly after he was born.

The Sun reports that the two parents Mariam (26) and Taron Petrosyan (28) were given the option of simply leaving their baby at hospital if they were didn't want him. It was apparently unclear how long the newborn would survive, if at all.

The two were shocked and immediately refused the offer. Artyom has been living at home with his parents and his two older brothers ever since.

Baby even has birthmarks on his brain

Initially, his brothers Narek (3) and Artur (2) wondered why their new brother "had chocolate dabbed on his face."

The older brothers are now used to Artyom's appearance and are his self-proclaimed protectors.

Unfortunately, the boy even has birthmarks on his brain, which causes occasional seizures.

On Instagram, parents want to encourage themselves and others

His mother Mariam explained to The Sun that creating a social media presence for their youngest son helps them and others like them to feel less alone. She continued by saying, "I hope to show that people like Artyom are unique and beautiful...Birthmarks shouldn’t be hidden in shame. We must accept that beauty comes in different shapes and forms and we must never change that."