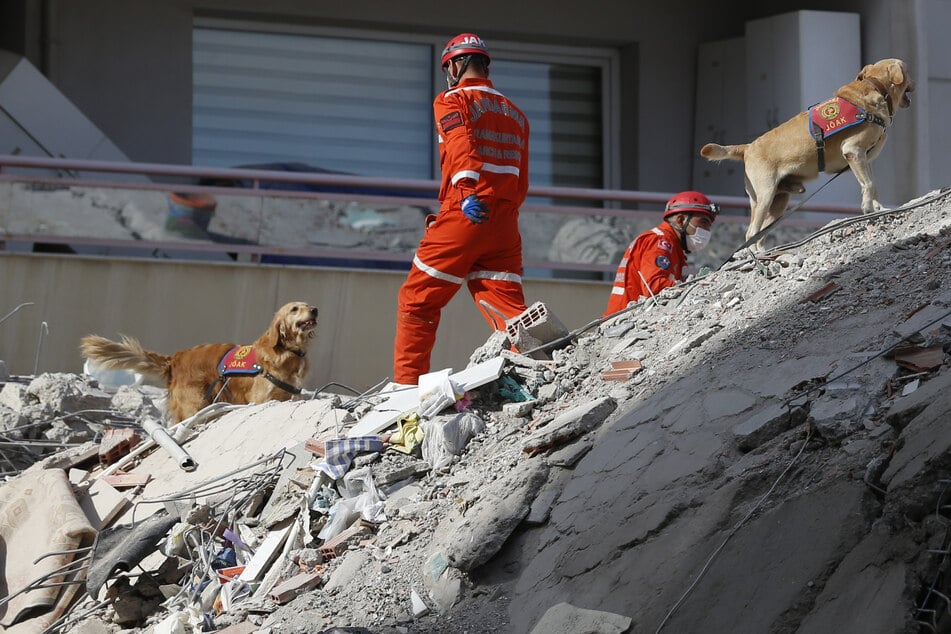 Earthquake in Turkey: three-year-old girl rescued from rubble after 65 hours

A three-year-old girl was rescued from the rubble 65 hours after a deadly earthquake rocked Turkey's western coast. The death toll climbed to 83 on Monday.

Izmir, Turkey - A three-year-old girl was rescued from the rubble 65 hours after a deadly earthquake rocked Turkey's western coast. The death toll climbed to 83 on Monday.

Rescue workers performed the delicate task of extricating the girl, Elif, from the rubble of an apartment building in the Turkish coastal city of Izmir, the disaster management agency AFAD said. It came three days after a massive tremor centered in the Aegean Sea hit both Turkey and Greece.

The toll has risen to 83, said Environmental and Urban Planning Minister Murat Kurum, with more bodies recovered in the country's third-largest city.

Two teenagers also died on the Greek island of Samos, according to media reports, after the quake also hit Greek islands in the Aegean Sea.

Elif's rescue was shown on television and she was carried to a hospital tent.

"I'm very happy. May God reward them [the rescue workers]," her grandmother told journalists. Elif's mother and three siblings were rescued from a collapsed eight-story building after 23 hours on Saturday.

AFAD tweeted that Idil, 14, was saved after being trapped for 58 hours.

Death toll has risen to 83

The 6.6 magnitude earthquake struck on Friday at a depth of 10.2 miles in Izmir's Seferihisar district.

It was felt on Greek islands in the Aegean, as well as in nearby Turkish cities, including Istanbul, some 335 miles to the north. Several buildings collapsed completely, while hundreds were left damaged by the quake.

The death toll in Turkey and Greece rose to 83 on Monday, with hundreds more injured.

The earthquake was almost as powerful as the one that struck Izmit in 1999, which killed about 17,000 people. Experts warn that more events are expected.