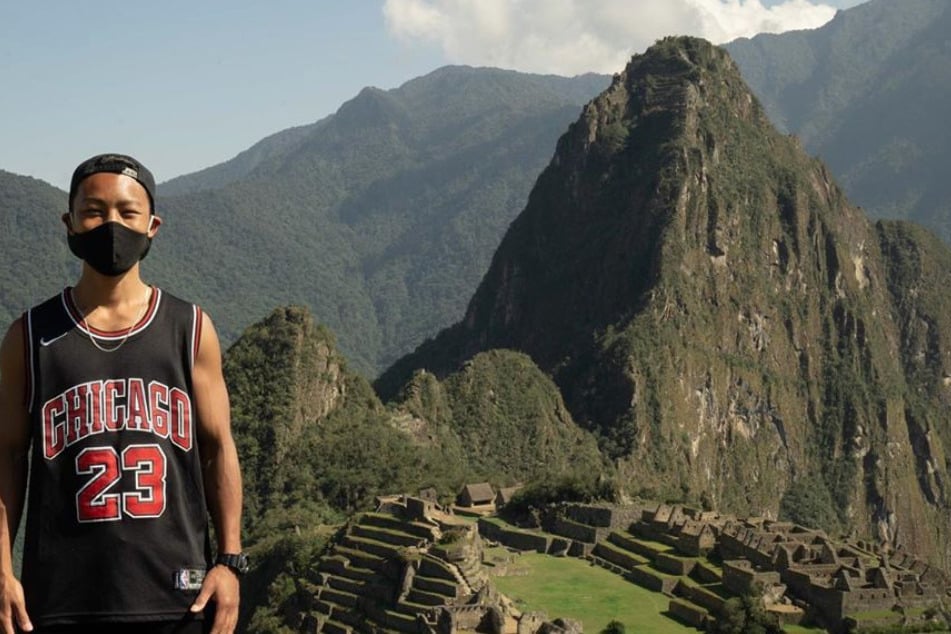 Machu Picchu opens for a single tourist after seven-month wait

Jesse Katayama has been stranded in Peru for seven months since the country went into lockdown. But after a long wait, Peru opened Machu Picchu just for him.

Aguas Calientes, Peru - Japanese tourist Jesse Katayama has been stranded in Peru for seven months since the country went into its Covid-19 lockdown. But after months of waiting, one of his dreams came true: Machu Picchu was opened just for him.

The visitor traveled from Nara, Japan, to Aguas Calientes, Peru, on March 14 with a plan to see Machu Picchu. But just two days after he arrived, the government decided to close the site.

He told a Peruvian newspaper he initially only planned to spend three days in the area, but as flights were canceled and borders were shut down, Katayama suddenly found himself trapped in the country for months.

But over the past seven months, the 26-year-old, who has been renting a small room in Aguas Calientes, has become a real local. He has even been teaching boxing classes to local kids.

"I go to run every morning and I could see Machu Picchu afar in distance," Katayama told CNN. "I thought I would never make it to Machu Picchu as I was expecting it won't open within this year, but I was OK with it because I had a great time here."

As he was running out of money, Katayama was already prepared to return to his home without ever using his Machu Picchu ticket. But when the minister of culture and locals got wind of what he had to endure on his quest to visit the world-famous site, they decided to organize a special visit.

Katayama was permitted to enter Machu Picchu – the first tourist allowed in since lockdown was instituted – and had the normally crowded attraction all to himself. Only two photographers and Jose Bastante, the site's chief, were with him.

Machu Picchu will not reopen before November

"The first person on Earth who went to Machu Picchu since the lockdown is meeeeeee," Jesse Katayama wrote on Instagram.

“I thought that I wouldn’t be able to go, but thanks to all of you who pleaded with the mayor and the government, I was given this super special opportunity.”

Machu Picchu is the most enduring legacy of the Inca population, and it was designated a UNESCO World Heritage site in 1983.

The famous tourist site was scheduled to reopen in July originally, but this has now been postponed until November.

Jesse Katayama will leave Peru on October 16 but he doesn't feel ready to say goodbye yet. "I will definitely cry," he told CNN. "These seven months have been very special to me. I have discovered a new part of me."