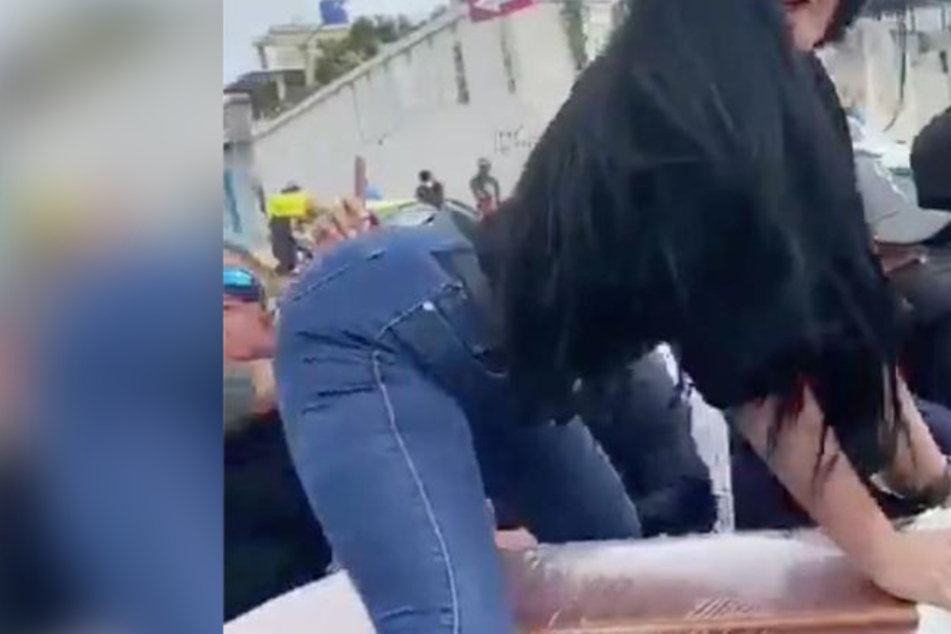 Not your typical funeral: woman starts twerking on coffin

Loud music, cheering, dancing, laughing: this is what a funeral looks like in Ecuador!

Manta, Ecuador - Typically, a funeral is a place to mourn, to pray and to cry; not to seductively pop your hips. But there's nothing typical about this burial ceremony in Ecuador.

A clip of the wild procession went viral on Twitter and it shows some pretty unusual traditions, to say the least!

In the video, a coffin is being carried on motorcycles through the Ecuadorian city of Manta. Lined up along the roadside are several hundred people applauding; loud reggaeton music is blasting through the streets.

Then it gets even crazier: a woman suddenly decides to jump the half-open coffin and straddles it while dancing to the beat.

At one point, she leans down to kiss the corpse through the glass. Then she begins to twerk – her hips bounce up and down, and she strokes her long hair seductively.

It's unclear what relationship the woman had to the deceased.

The men standing around are obviously enjoying the dancing. They cheer on the brunette while the music blares from a speaker.

The deceased was shot and killed in the street

On Twitter, the short clip was shared along with a good question: "If yo girl don't do this at yo funeral is she really yo girl?"

The Ecuadorian newspaper El Universo cleared up the identity of the deceased. His name was Marlon Mero Quijije.

Quijije was shot three times while walking through the city. The man died shortly after being rushed to a local hospital.

The prosecution believes he was the victim of a robbery and that he was killed for resisting.

Diego Bolaños, head of operations for the Manta District Police, said that six bullets were fired during the attack, three of which hit Quijije.