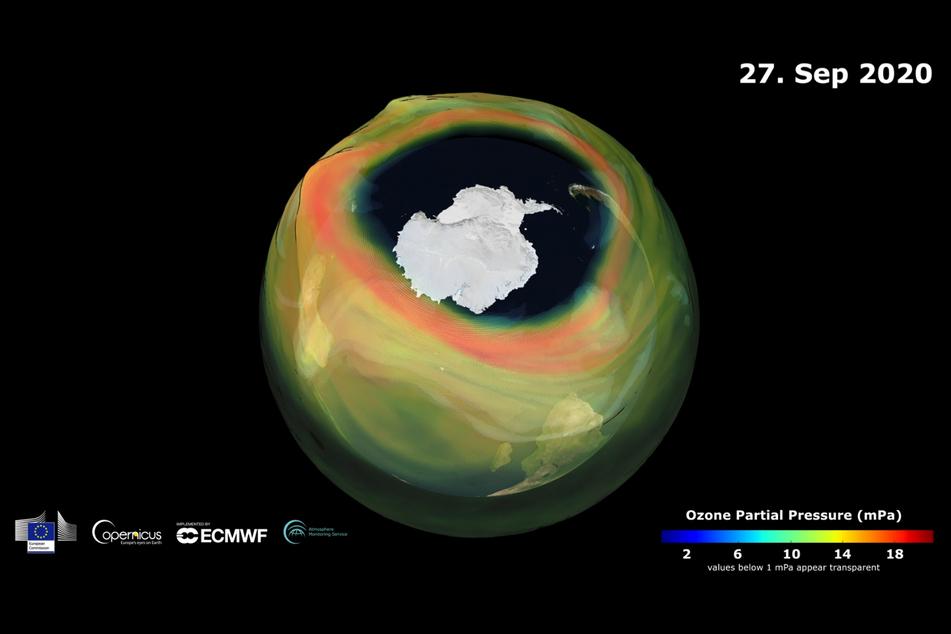 Ozone hole over Antarctic largest and deepest in recent years

The ozone hole over the Atlantic is one of the largest and deepest in years, scientists warned on Tuesday.

Reading, United Kingdom - The ozone hole over the Atlantic is one of the largest and deepest in years, scientists warned on Tuesday.

"The 2020 ozone hole resembles the one from 2018, which also was a quite large hole, and is definitely in the upper part of the pack of the last 15 years," said Vincent-Henri Peuch, director of CAMS.

The ozone layer is a protective shield in the upper part of the Earth’s atmosphere. It absorbs the incoming ultraviolet light, preserving life on our planet and protecting us from skin cancer.

In 1985, scientists discovered that human-made chemicals and substances were causing the ozone layer to become thinner, resulting in what are now known as ozone holes.

The 1987 Montreal Protocol was designed to ban the production and trade of ozone-depleting substances such as chlorofluorocarbons (CFCs), which can be found in air-conditioning, refrigerators, and spray cans.

This latest ozone hole comes after an "unusually small and short-lived" one was caused by unique weather conditions in 2910. It once again confirmed the need for action, Peuch insisted.