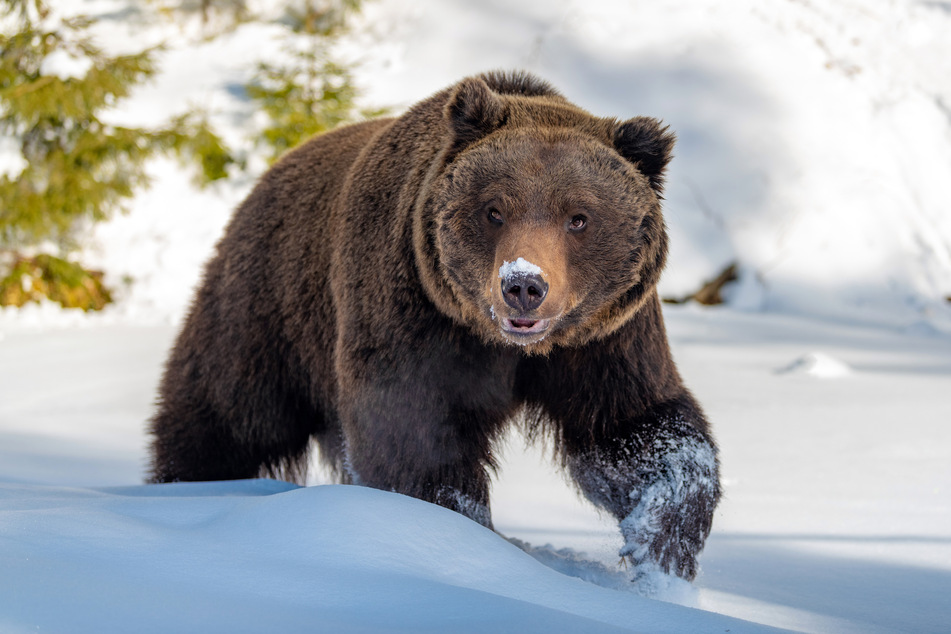 Alaska picks the winner of this year's Fat Bear Week

He is big. He is burly, and he might be one of the biggest bears ever – meet the champion of Fat Bear Week 2020.

Anchorage, Alaska - The winner of the 2020 Fat Bear Week competition in Katmai National Park in Alaska has been announced. Bear 747 is, like his nickname, basically a "Jumbo Jet" and became this year's king of packing on the pounds!

The national park announced on Tuesday that the heavy-weight champion would now head into hibernation "fat and fabulous." On Facebook, park officials also added that the bear will celebrate his win by, "waddling away from the river and enjoying a comfortable hibernation," while thanking, "salmon for such high concentrations of fat, the clean cold water of the Brooks River for being a fabulous host."

The rangers did not announce the exact weight of the fuzzy tank. His last recorded weight from September 2019 was an astounding 1,400 pounds. This summer the bear ate so much salmon that his belly almost touched the ground.

Another strong competitor and winner of the 2019 contest was bear 435 or "Holly." NPR reported that the park ranger Naomi Boak dubbed her, "the queen of corpulence." But sadly, the bear described as having the "shape and color of a toasted marshmallow" could not defend her title this year.

This is the sixth time that the park in southwestern Alaska has held the "Fat Bear Week" competition. The single elimination tournament allows bear fans and lovers of chubby animal to decide who will be declared the biggest beast.

This year, to help voters decide, the park introduced special slider bars on their website that showed before and after shots of the brown bears. On the left, users can see pictures of the bears in the spring, when they are still lean, and then compare them to the photos on the right, which show bears ready for hibernation.

It's all fun and games for the humans, but for the contestants, this is real work. It is vital that they pack on the pounds before they head to hibernation because they will lose up 1/3 of their body weight during the winter.

This year's champion bear 747 looks like he's got all the extra weight he needs to make his winter sleep a great one.